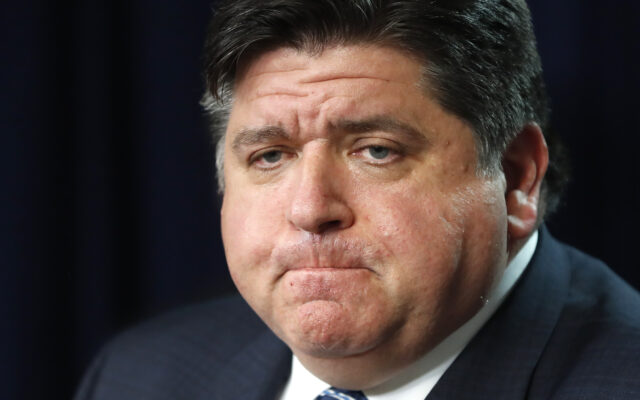 Gov. J.B. Pritzker has been working to change the Health Care Right of Conscience Act, which some have invoked in the fight against COVID-19 vaccine mandates.

The 1998 Health Right of Conscience Act bans discrimination because of such persons’ refusal to receive or participate in any way in any particular form of healthcare services contrary to his or her conscience.

Some have said the law allows people to avoid getting the COVID-19 vaccine and evade Pritzker’s executive order mandating vaccination or regularly testing for health care workers, educators and other state employees.

Ameri Klafeta, of the ACLU of Illinois, said people are abusing the 1998 law and using it in a way that was not intended.

“The cases that have been brought under this law have always involved health care professionals,” Klafeta said. “This was never a law for individual citizens.”

The Health Right of Conscience Act was intended to help healthcare workers who had religious beliefs regarding certain procedures, Klafeta said.

“Where you would see this law invoked is a situation where a doctor or a nurse has a religious exemption to providing abortion care or birth control or something of that nature,” Klafeta said.

Emily Bittner, deputy chief of staff for the governor, told ABC 7 that the administration wants to clarify the Health Care Right of Conscience Act.

“The Health Care Right of Conscience Act was never intended to allow people to avoid public health guidance during a global pandemic. The administration supports efforts to clarify the law, so it cannot be misinterpreted by fringe elements,” Bittner said in a statement to the station.

Some say the state law allows a people to claim religious reasons to avoid the governor’s vaccine mandate. Attorneys have also filed lawsuits citing the 1998 law.

Arguments are being made that the Health Care Right of Conscience Act (HCRCA) protects Illinoisans from being discriminated against in their job for not complying with a medical procedure.

In Adams County, health care workers are suing their employers under the act. Some schools are excluding staff with some saying the HCRCA protects them. Some school officials say possible lawsuits using the HCRCA are why they’re not excluding school staff for not complying. A teachers’ union told members to expect the issue to surface during the upcoming veto session.

“It is possible that the General Assembly may amend the HRCA to make it clear that requiring a test for Covid is not a violation of the act,” a letter sent to teachers covered by the Springfield Education Association. “Expect to hear more about this during the Fall veto session.”

“I don’t think they want to be put in that vice-like position, but the governor’s pushing it,” Rose said.

Pritzker addressed some of the lawsuits on Tuesday at an unrelated news conference.

“We need to remember that we have to fight, not only for keeping our kids safe from the virus, but also our entire community,” the governor said.

“There are people that are extraordinarily irresponsible who are going around the state suing because they basically want to make our schools less safe,” Pritzker said. “That is not right, we are not at a moment where this pandemic is over we have to stand up for the safety of all the people in this state.”

According to the Illinois Department of Health, 63% of those 12 and older are fully vaccinated against COVID-19.

Lawmakers are set to return to Springfield on Oct. 19.