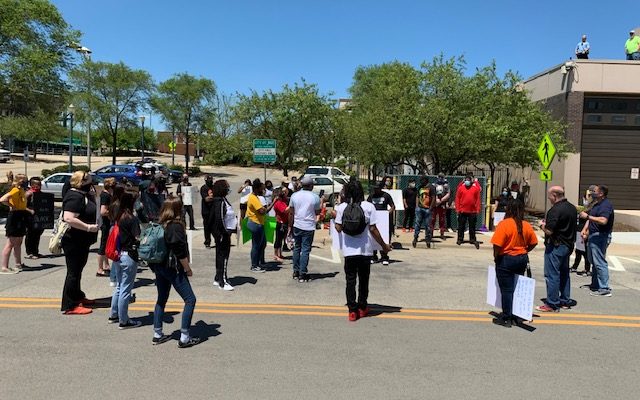 Residents held a peaceful protest outside the Joliet Police Department Headquarters in Downtown Joliet on Sunday afternoon. Joliet Resident Loretta Hobbs organized the event that started small but ended with well more then 50 people in attendance. The event saw protesters discussing how police, elected officials and churches have let down the black community. Several people including those who claim mistreatment by law enforcement spoke to Police Chief Al Roechner, who came out to speak to the crowd shortly after the event began. Approximately one dozen Joliet Police Officers were on hand to provide security which included officers perched on top of both the Police Station and City Hall. A small demonstration also took place at the intersection of Larkin and Jefferson with people holding signs.