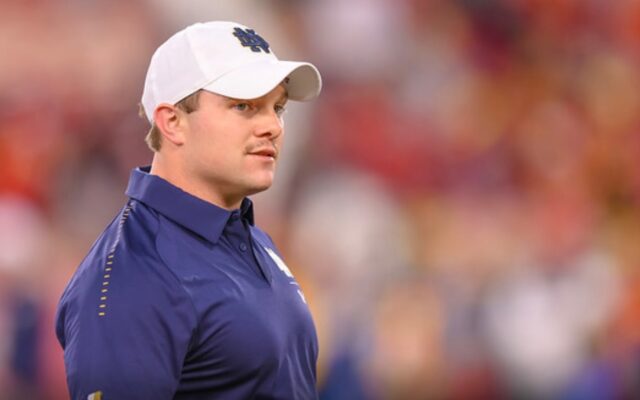 The Providence Catholic Athletic Department has a new football head coach. Tyler Plantz has been named the new Head Coach of the PCHS Football Program for the 2022 season. He will replace Mark Coglianese who had the head coaching job for 15 years and had 100 wins including the 2014 state championship.

Starting in 2015, Tyler began his Coaching career at Notre Dame under the tutelage of Coach Brian Kelly. From 2015 until 2021, Coach Plantz was a Notre Dame Football Coaching Assistant, Strength & Conditioning Coach, Offensive Line Assistant, Senior Special Teams & Offensive Analyst and Assistant Director of Football Operations. He had the privilege of being on the sidelines as a Coach during the 2018 Citrus Bowl victory for Notre Dame.

Tyler grew up in the neighboring community of Frankfort. He comes from a strong football background, having been immersed in the sport from grade school through college.

Coach Plantz is a 2010 graduate of Providence Catholic where he excelled in football as a linebacker. He was a member of the 2009 IHSA Class 6A Runner-up State Football team. He was captain of that team, Co-MVP, named to the Chicago Catholic League All Conference team, IHSA All Academic State, Chicago Sun-Times All-Chicago team Herald News All-area team. He was also Vice President of the Student Council, a member of the National Honor Society and a Student Ambassador.

Tyler received his Bachelors of Business Administration (Finance) degree in 2014 from the Mendoza College of Business at Notre Dame. Coach Plantz was a walk-on for the Fighting Irish Football Team. He began on the scout team and eventually moved up to leading roles on special teams and was placed on Scholarship for his Senior season. He participated in the 2011 Champs Sports Bowl, the 2013 BCS National Championship & the 2014 Music City Bowl. He also competed in Rugby and Boxing for Notre Dame and claimed the Heavyweight Boxing Championship.