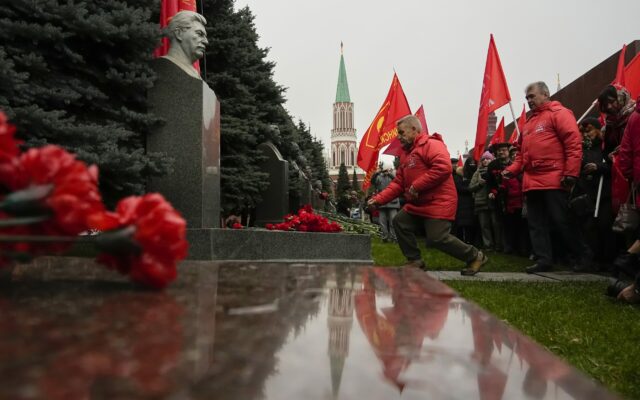 Communist party supporters lay flowers at the grave of Soviet leader Josef Stalin behind the Lenin's Tomb in Red Square during a demonstration marking the 105th anniversary of the 1917 Bolshevik revolution in Moscow, Russia, Monday, Nov. 7, 2022. (AP Photo/Alexander Zemlianichenko)

The State of Illinois is cutting its ties to Russia.  In a bill passed last week, the state has officially ended its financial relationship to the country in the wake of the Ukraine invasion and war that’s been raging for ten months now.  The Russian Divestment Act passed unanimously in its third reading, 50-0, with nine votes not present.  Representatives Tim Butler and Sandy Hamilton sponsored the bill.