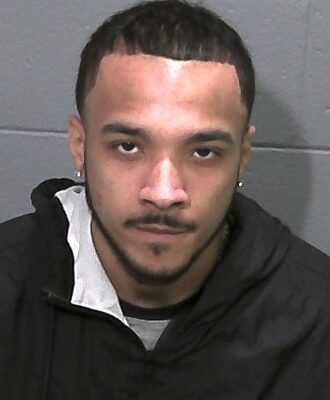 A 20-year-old Joliet man has been arrested after an investigation into a shooting in Romeoville on January 5th. Stanley Lewis Russell Jr. has been charged with Unlawful Use of a Weapon and Aggravated Discharge of a Firearm.

It was 12:45pm on January 5th, reports were made regarding a vehicle that been firing shots near Budler and Taylor Roads. Police were told that gunfire had come from a black Dodge Charge. Broken automotive glass and spent shell casing along Taylor Road just west of Budler. Bullet damage was reported at two addresses on the 14000 block of S Lehigh in the adjacent unincorporated Lakewood Falls neighborhood.

At approximately 1:37PM Officers became aware of a black Dodge Charger in the area and stopped the vehicle.Russell Jr. is the second person charged in this incident. Jalyn Blackmore was arrested on January 5th approximately an hour after the shooting.