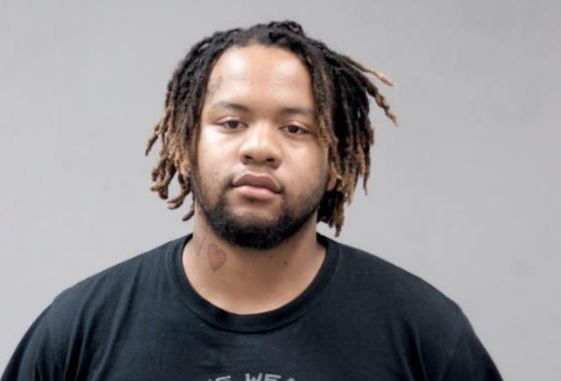 A 20-year-old Shorewood man has been charged after allegedly stealing a car and fleeing from a traffic stop in Joliet back in April. Officers were called on April 17th just after 3:00 am, after a report of a Toyota Forerunner that had just been stolen from the Best Western (4380 Enterprise Drive). While en route to this call, Officers observed the Toyota eastbound on West Jefferson Street near Springfield Avenue. Officers attempted to stop the vehicle, but the driver refused to stop, and a pursuit ensued.

The pursuit was terminated due to a concern for safety after the vehicle continued to flee at a high rate of speed. A short time later, Officers located the vehicle unoccupied in the 300 block of Willow Avenue. Upon search of the vehicle, Officers recovered a 9mm handgun. Officers checked the area but were unsuccessful in locating the driver.

Over the course of the investigation Fuller was identified as a suspect. He was placed into custody without incident after turning himself in at the Joliet Police Department.