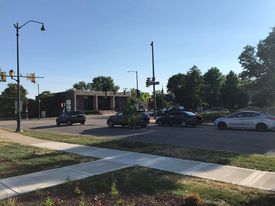 One person has been arrested and a gun recovered. Joliet Police are investigating a shooting that took place in the city on Tuesday afternoon. It was north of the intersection of Raynor Avenue and Black Road that shots were fired. No one was hit in the incident but two women suffered superficial injuries due to glass shattering from a car window.