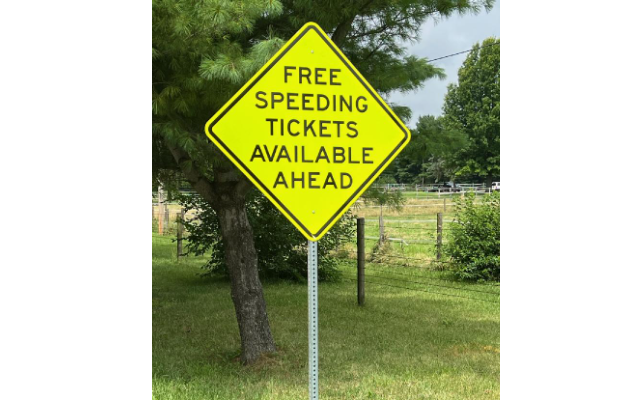 This campaign is an effort to address the drastic increase in speed and hazardous moving violations that occurred during the COVID-19 pandemic. Speeding is involved in approximately one-third of all motor vehicle fatalities nationwide. NHTSA shows traffic deaths grew by 10.5% to 42,915 in 2021. This also represents the highest number of fatalities since 2005 and the highest annual percentage increase in the recorded history of data in the Fatality Analysis Reporting System.

A sign in Homer Glen near Cedar Road and Reiter Drive is a warning. No word how long that sign has been there.

According to the National Highway Traffic Safety Administration, drivers who speed are also more likely to engage in other risky behaviors, such as not wearing a seat belt, drinking and driving, or using a cell phone while driving.