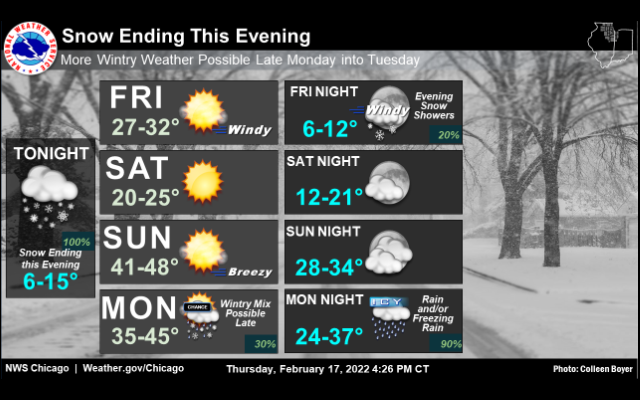 In Northwest Indian anywhere from 5″ to 9″ of snow.

I-65 through areas around Rensselear Indiana is shut down. Yesterday’s snow littered the interstate with dozens of accidents including several semi truck crashes. Southbound I-65 is shut down between State Road 14 and U.S. 231.

No one is hurt following a massive pileup on I-39 in central Illinois. State police say nineteen commercial motor vehicles and nine passenger vehicles were involved in the crash yesterday south of El Paso and up to 100 crashes in all. Numerous other vehicles slid off the roadway in the area and several loads were spilled. All lanes were closed as crews clear the scene.