A very late season storm system produced very heavy wet snow across much of northern IL, along with a winter mix of rain, sleet and snow over northwestern Indiana on Sunday April 14th. As much as 6 to 8 inches of snow were reported in a narrow corridor from DeKalb County east-northeastward into the far northwest suburbs of Chicago. Lighter amounts of 2 to 5 inches were common elsewhere across northern Illinois.

A total of 5.4 inches was reported at O’Hare airport for the day. This makes this the snowiest April 14th in Chicago’s history. Additionally, it  ranks as the second latest date in the season with daily snowfall amounts exceeding 5 inches in Chicago.  Only April 16th of 1961 was a later date with snowfall amounts also reaching 5.4 inches.

In Rockford a total of 2.9 inches was reported for the day. This was not a record daily snowfall for Rockford. However, this ranks as the 5th snowiest event this late in the season in Rockford’s history. 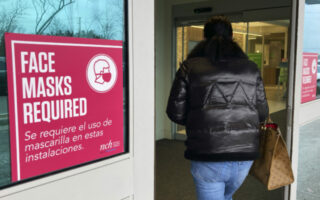