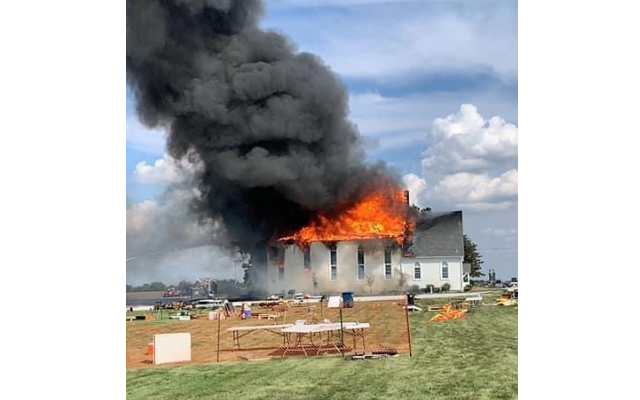 A historic church in the Far South suburbs is destroyed after catching fire. The blaze started yesterday at St. Paul’s Lutheran Church in Beecher. The church was hosting its annual Octoberfest at the time. Fire crews eventually extinguished the fire, but the historic church was heavily damaged. No injuries were reported, and the cause hasn’t been released. The Lutheran Church has deep roots in the Beecher community, having been founded in 1865. It appeared in Tom Hanks’s 2002 film “Road to Perdition.”