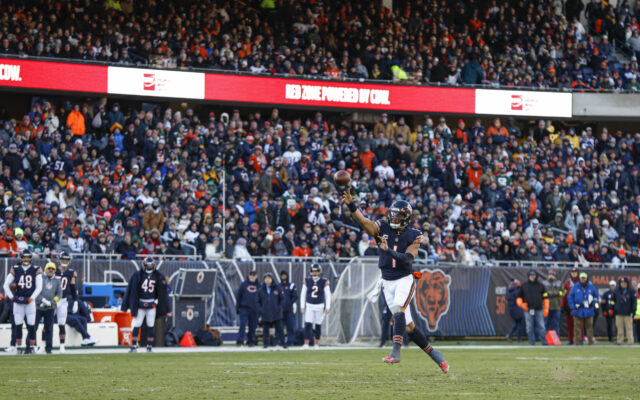 Chicago officials are making a strong effort to prevent the Bears from relocating to the suburbs.  Developer Bob Dunn linked to the Lightfoot administration released a model of a proposed domed stadium and entertainment district.  The president of Landmark Development says the plan would save the Bears at least one-billion dollars over the cost of building from the ground up in Arlington Heights, where the team has a contract to buy land.  The proposed stadium would keep the Soldier Field name and its tradition of honoring war vets and the project would take three to four years to complete. The Bears released a statement claiming the only proposal they are exploring is in Arlington Heights.