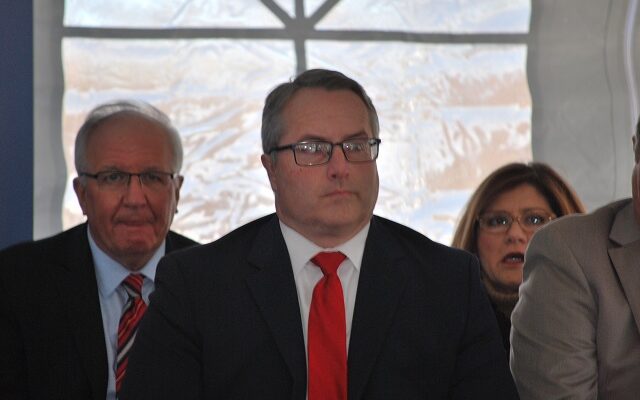 “It is with great sadness that I must resign my position as state senator to care for an immediate family member over the next three months. Being the state senator representing the 43rd District has been the best and most challenging position that I’ve ever held, and fighting on behalf of the residents of the 43rd District has been a privilege. I want to thank my fellow legislators, both from the House and the Senate, for their partnership and friendship over the years. I want to thank everyone in the 43rd District who entrusted their representation in the State Senate to me. It has been a great honor.”

Senator Connor submitted his formal resignation Friday and is effective April 30, 2022 at 12:00 p.m.

Meanwhile, a statement from Rachel Ventura is asking the Democratic Party not to appoint anyone who is seeking his seat. Her partial statement below.

“I sincerely wish Senator Connor’s family member a full and speedy recovery, and I hope that this does not impact his chances in the general election for the judicial seat he is seeking.

With respect to filling the vacancy in the state senate, it would be ideal if local Democratic Party leaders opted to fill this position with someone other than those who are currently running for the seat in order to not tip the scales. Unfortunately, I don’t think that is what will happen. I believe that forces behind the scenes are already working hard to give my opponent the advantage of incumbency in this race by appointing him to serve out Connor’s term. I will be following this appointment process closely.”