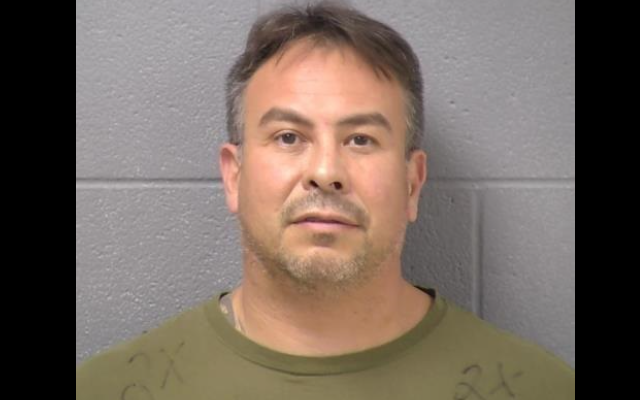 Will County State’s Attorney James Glasgow announces that Carlos J. Rosado, 48, of California, was sentenced yesterday to 20 years in prison by Judge Carmen Goodman following a plea of guilty to possession of a controlled substance with intent to deliver. Rosado had been carrying over 11,800 grams of the synthetic opioid fentanyl.

On December 3, 2021, Rosado was driving a car on Eastbound I-80 near Houbolt Road when he was stopped by police for an improper turn signal and obstructed front windshield. He consented to a search of his vehicle, which revealed an aftermarket compartment located in the rear of the vehicle beneath the rear cargo area that contained illicit drugs. After a drug detection K9 gave a positive alert for the probable presence of narcotics in the vehicle, a search revealed the compartment contained 8,600 grams of methamphetamine; 1,950 grams of cocaine; and over 11,800 grams of fentanyl.

“Fentanyl is now the key driver of the opioid crisis, with a potency 50 times that of heroin,” Glasgow said. “Just two milligrams of fentanyl can be lethal depending on a person’s body size, tolerance, and past usage. That means the amount of fentanyl Rosado was delivering had the potential to cause the deaths of 5.9 million people — eight and a half times the entire population of Will County.”

Because of its potency and low cost, drug dealers have been mixing fentanyl with other drugs including heroin, methamphetamine, and cocaine, increasing the likelihood of a fatal interaction.

“An individual who distributes fentanyl is as much a threat as someone with a gun in their hand,” Glasgow said. “Thankfully, this public menace was taken off the streets before his drugs could poison any residents of our community.”

Glasgow commended ASAs Jonathon Sakellaropoulos and Aristotelis Theodorou and the Will County Sheriff Department interdiction team for their hard work on this case.  He also noted the important role played by drug detection canine Malice.