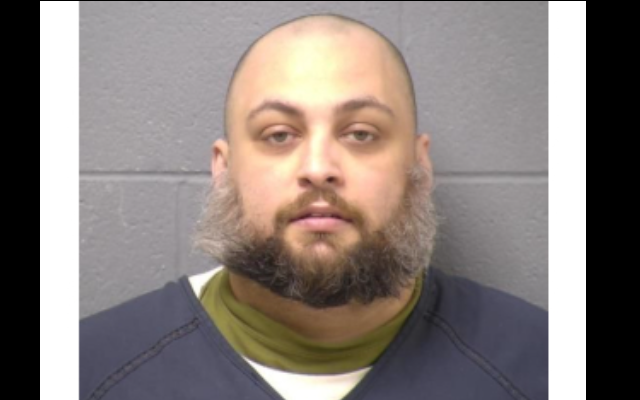 Will County State’s Attorney James Glasgow announces convicted felon, Angelo Ristick pleaded guilty today to one count of Home Invasion, a Class X felony and one count of Residential Burglary, a Class 1 felony.  Judge Cornelius sentenced Ristick to 24 years in the Illinois Department of Corrections for Home Invasion and 11 years for Residential Burglary. Ristick who is known to go by multiple aliases, has been in custody since March 21, 2019, and will serve concurrent sentences on both cases.

On March 16, 2019, Ristick broke into the victim’s home in Shorewood where he proceeded to break into a fire safe and take various documents and credit cards. Ristick attempted to use the stolen credit card at a Dicks Sporting Goods in Joliet and discarded most of the victim’s property in a dumpster at a gas station in Crest Hill. Video surveillance of the offending vehicle at the gas station led officers to Ristick.

The same day, Ristick continued his crime spree when he forced his way into the home of an 80-year-old victim in Shorewood and advised the victim she owed an unidentified man money. Ristick grabbed the victim by the arm and dragged her up the stairs, knocking household items over and rummaged through her dresser. The victim was able to identify Ristick based on the Dicks Sporting Goods surveillance as well as ring door camera footage from a fellow neighbor.

State’s Attorney Glasgow thanked ASAs Tom Bahar and Alyson Wozniak, Victim Witness Advocate Danette Pasdertz and Nikkol McGuire for their hard work and dedication to these cases. He also thanked the Shorewood Police Department, Crest Hill Police Department and the Chicago Police Department for their thorough investigation and collaboration in these matters.