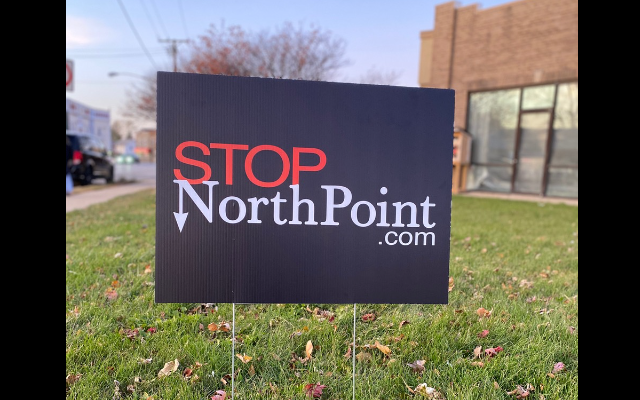 Asks Court for Writ of Mandamus Directing Joliet to Engage in Environmental Consultation with Illinois Dept. of Natural Resources

While NorthPoint is busy pushing dirt and gravel around at Route 53 and Millsdale Rd, Stop NorthPoint filed its fourth amended complaint with Judge Theodore Jarz at the Will County Courthouse last Thursday, August 25, 2022.  Under the “Illinois Endangered Species Protection Act” and the “Illinois Natural Areas Preservation Act”, Joliet is required to engage in consultations with the Illinois Department of Natural Resources (IDNR).  Midewin National Tallgrass Prairie, which borders the NorthPoint project, is identified in the Illinois Natural Areas Inventory (INAI).  Manhattan Creek runs through the project and is also listed in the INAI, as well as 44 other sites in Will County.  Most of the 4,000-acre NorthPoint project will be within the Jackson Creek Watershed, which is also under grave threat of irreversible damage from the construction of the NorthPoint warehouse project and the resulting pollution runoffs.

The NorthPoint project threatens to bring up to 70,000 vehicles per day to this area along with the associated noise, vibration, diesel smog, and local waterway contamination.  Freedom of Information Act requests made by Stop NorthPoint and others revealed that Joliet has been unable to provide any environmental or traffic impact studies.  It’s our belief that Joliet is well aware of the negative consequences to the health of Will County residents and the environment, and therefore does not wish to provide such studies.

Stop NorthPoint attorney Richard Linden said, “For Joliet and NorthPoint to proceed with this project that threatens the welfare of the community as well as endangered species and protected lands without an environmental study is irresponsible and is a slap in the face to the residents of this entire region.”

Before the NorthPoint project is allowed to proceed, Stop NorthPoint is asking the court for a Writ of Mandamus to compel the City of Joliet to engage in environmental consultation with the IDNR as required by the Illinois Endangered Species Protection Act and the Illinois Natural Areas Preservation Act.  Stop NorthPoint v. Joliet is back in court for status on September 22, 2022 at 9 am.

For more information or to contribute to the Stop NorthPoint legal fund, please visit the website at www.stopnorthpoint.com.