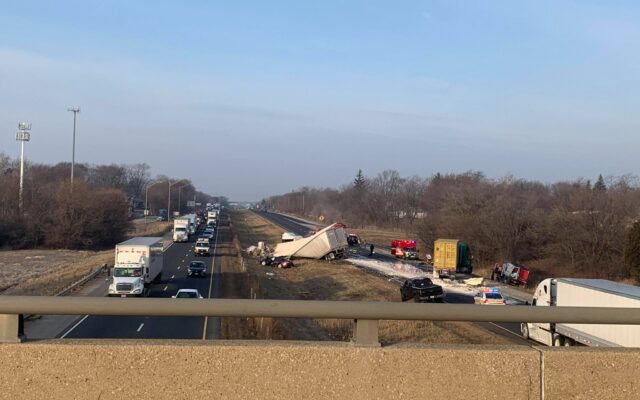 File - Westbound I-80 Crash At Briggs

The high costs drivers are paying are a direct result of a combination of what the Federal Highway Administration considers non-acceptable roads and poor bridge decks.

Nick VinZant, with QuoteWizard, said, as a result, Illinois drivers pay an extra $586 a year.

“We looked at the number of non-acceptable roads, bridges that are in poor condition, time lost to commute, efficiency, all those kinds of things, and we were able to essentially put a dollar figure on how much bad roads is costing drivers,” VinZant said.

“We looked at all the state’s transportation dollars and what percentage of that is put into road repair, and Illinois actually has the third-lowest amount that goes back into road repair,” he said.

According to the Reason Foundation, Illinois roads ranked 40th in the U.S. for cost-effectiveness and conditions.

Illinois is in line to receive at least $17 billion during the next several years from the $1 trillion federal infrastructure bill. Nationally, about $110 billion is earmarked for roads, bridges and other major projects.

“Now that we have dollars coming to Illinois from the federal infrastructure bill, that helps us speed up all of the projects we have on what’s called out multi-year plan,” the governor said last week.