UPD: Two Shootings Wednesday In Crest Hill & Romeoville Of Which One Is Fatal 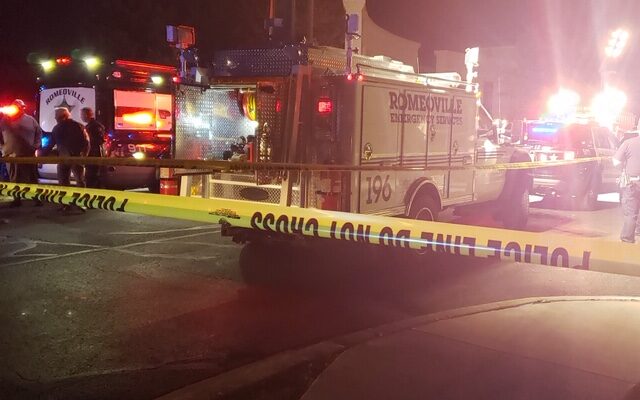 Two shootings last night about 10 minuets apart in Romeoville and Crest Hill leaves a 19 year old dead. At approximately 6 p.m. on Wednesday, the Romeoville Police Department responded to a drive-by shooting near the Highpoint Friendship Center. Romeoville police say this was a targeted shooting. The victim was transported to AMITA Health Adventist Medical Center ER in Bolingbrook, where the Will County Coroner’s Office reporting his death. Nineteen year old Osama A. Ibrahim of Romeoville was pronounced deceased at 6:31 p.m. on October 14th at the Amita Health Adventist Medical Center ER in Bolingbrook, IL. Mr. Ibrahim appears to be the victim of multiple gunshot wounds. The Romeoville Police Department is investigating the death as a homicide. An autopsy is scheduled for 10/15/2020. The final cause and manner of death will be determined after the final review of police, autopsy and toxicological reports.

About ten minutes after the Romeoville shooting another shooting took place in Crest Hill. It happened in the 18-hundred block of Arbor Lane in the apartment units. Two people were hospitalized and Crest Hill Police Chief Ed Clark says these two shootings are not related.

Crest Hill police chief Ed Clark tells the Patch that he will have the Will-Grundy Major Crimes Task Force to assisting with the investigation.

WJOL’s Kevin Kollins was in Romeoville on Wednesday night and spoke with Romeoville Officer Brian Truhlar prior to the Crest Hill Shooting.

It was at 6:00pm that a shooting occurred at the Highpoint Friendship Community Center in the Highpoint Subdivision. One male was shot multiple times and may have even exchanged gunfire with two other suspects. Police believe that this is a targeted shooting and the victim was taken to Bolingbrook Hospital. The condition of the victim is currently unknown. Police do not believe that this is connected to a bank robbery in Romeoville earlier in the day but are talking to Crest Hill Police about an incident in that city that may be related to their shooting. Anyone with information is asked to call 815 886 7129.