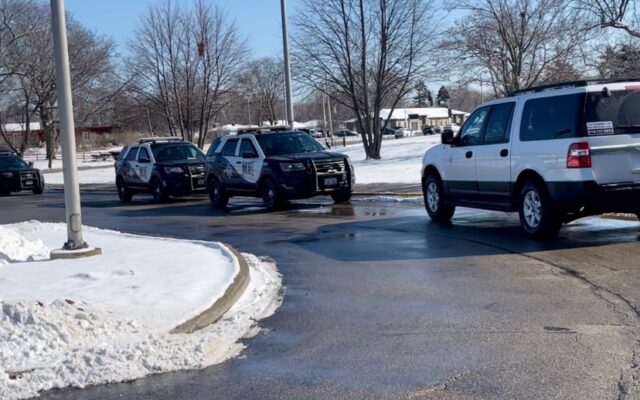 A 17-year-old male was arrested on Friday morning after allegedly striking a teacher at his high school. Officers were call to Joliet West High School at 9:25am on Friday for a disturbance. Officers learned that the 17-year-old juvenile had struck a 42-year-old male teacher after that teacher attempted to break up a fight between the juvenile and another student.  The teen struck the teacher once in the face and then threatened the teacher before being escorted to the office by school security. The teacher did not require medical attention. WJOL has been told by sources inside the school that a dean was struck in the melee as well.

As Officers attempted to speak to the offender in the office, he became upset and belligerent and refusing to place his hands behind his back and follow orders given by Officers. While resisting arrest, the juvenile ripped a radio from the vest of an Officer but Officers were quickly able to place him into custody without further incident. The teen was charged with Aggravated Battery and Resisting a Peace Office. They are currently being held at the River Valley Justice Center.