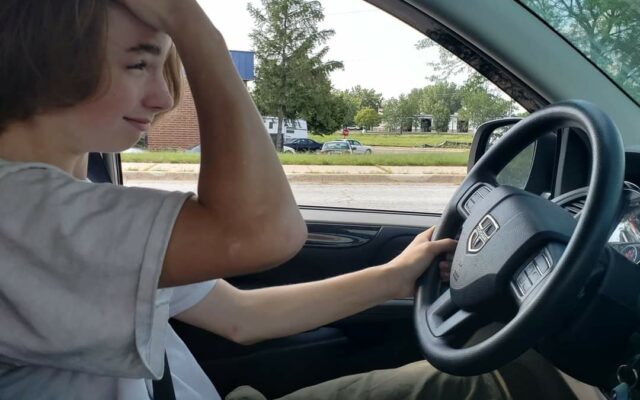 A GoFundMe page has been set for a Plainfield family who lost their son in a tragic accident. Click here to donate. The uncle of Tyler Eberly, Chris Gustafson wrote this about his nephew just days ago.

Tyler Eberly passed away from his injuries on Sunday. As you can only imagine the family has been devastated. However, since his passing several amazing things have happened. As I type, Tyler’s organs are being transplanted helping 6-7 different people today!! The community has given my sister and our family so much support. 1. A gofundme was set up and over 300 people have taking the time to donate to her. 2. There was a memorial at the Plainfield skate park set up by his closest friends and a couple of his same age cousins. I’d say 200 people. Friends, community members, a large group of family including his younger brother and sister, and mayor Argodellis attended. Our picture shows 100 kids sitting on a ramp for him. 3. Tyler played football at Plainfield Central freshman year. While the skate park memorial was going on, the Plainfield football team was heading to an away game. Many kids were upset about not being able to attend the skatepark. Many kids wrote his name on thier tape. The coach had the team break to “Tyler” before the game. His number was #19. Incredibly, the team won that game 19-0. Just gut wrenching.
Tyler, was a great kid. He was a typical 15yr old boy. He was just starting to figure things out for himself. He worked most nights till midnight at McDonald’s saving for his first car. It was a picture perfect day and he finally had the day off. He was heading to the skatepark to meet some friends when he was hit. The skatepark was his release. A place where he felt free to be himself. He loved being there. He had many friends and obviously touched many lives.

A 15-year-old boy is dead after he was hit by a truck while riding a skateboard last week in suburban Plainfield. Tyler Eberly died this past Sunday at Christ Medical Center in Oak Lawn. Authorities say officers responding to reports of a serious crash found the teen laying in the road August 26th at the intersection of Route 30 and Renwick Road. A preliminary investigation found a Chevy Silverado hit Eberly as he rode his skateboard between vehicles that were stopped at a red light. An autopsy found the teen died of multiple injuries from the crash and ruled his death an accident.