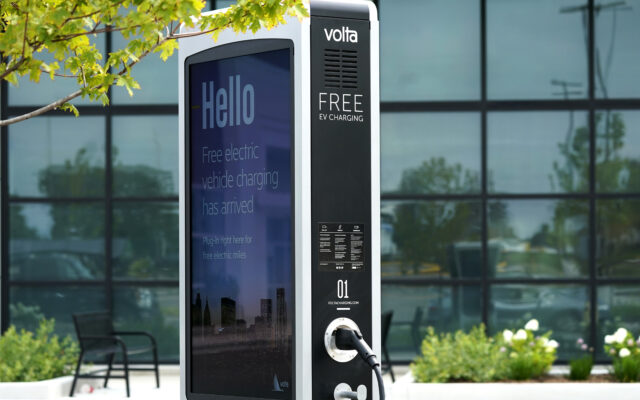 Gov. J.B. Pritzker’s goal of having one million electric vehicles on Illinois roads by 2030 raises questions about the number of charging stations around the state. According to the U.S. Department of Energy, the state will need 17 times the current number of EV chargers to accommodate that goal.

With gas prices averaging over $5 a gallon in Illinois, some may be considering an electric vehicle. Illinois residents who buy new or used electric vehicles starting July 1 will be eligible for $4,000 rebate checks. Owners must keep the vehicle at least one year to be eligible or will be required to pay the money back. The EV rebates will be prioritized for households making less than 80% of the state’s median income. The median income in Illinois this year is $65,886. Eighty percent of that income is roughly $52,700.

Currently, there are EV charging deserts in areas of downstate Illinois, making a long trip stressful. A reporter from the Wall Street Journal recently chronicled how she took an electric Kia on a four-day road trip and said the car spent more time charging than she did sleeping. During the 2,000 mile trip from New Orleans to Chicago and back, Rachel Wolfe said she struggled to find chargers with fast speeds and spent much of the trip waiting for the car to recharge.

Then there is a reliability issue. A recent study examined hundreds of connectors on charging stations in California and found nearly a quarter of them were nonfunctional. Legacy automakers and electric-vehicle start-ups reported modest production volumes to start the year, although they expect EV production to pick up later this year. For now, EVs are in short supply and are expected to be for the foreseeable future.