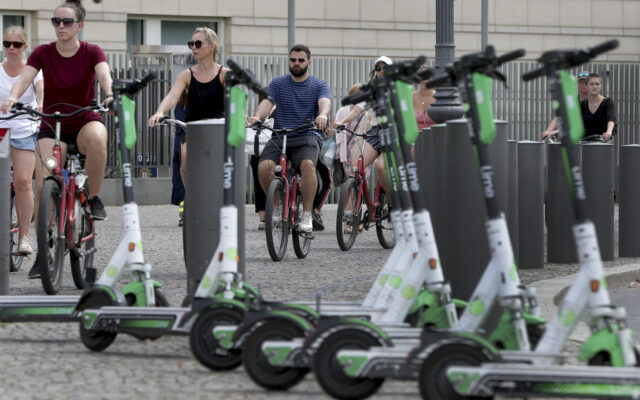 Thousands of electric scooters will be hitting Chicago streets soon.  Mayor Lightfoot and other city leaders announced Lime, Spin, and Superpedestrian will start renting three-thousand scooters later this spring.  The Divvy bike-share system will also add one-thousand scooters.  The four-thousand electric scooters are expected to hit the streets early next month.  However, they won’t be allowed on the Lakefront Trail, the 606, the Riverwalk or Navy Pier.