Several west suburban communities are cleaning up after a tornado landed last night. The National Weather Service says a twister caused severe damage to several homes and knocked out power to residents. The areas impacted include Naperville, Darien, Woodridge, and Downers Grove. There were no reports of deaths or serious injuries.

In Naperville, at least 4 people were taken to the hospital with injuries and about a dozen homes were severely damaged by debris. In Woodridge, authorities say there were no significant injuries and they’re conducting a damage assessment this morning.

One home on Ranchview in Naperville near Naper Blvd. was completely leveled and yet the homes beside it are standing with minor damage. 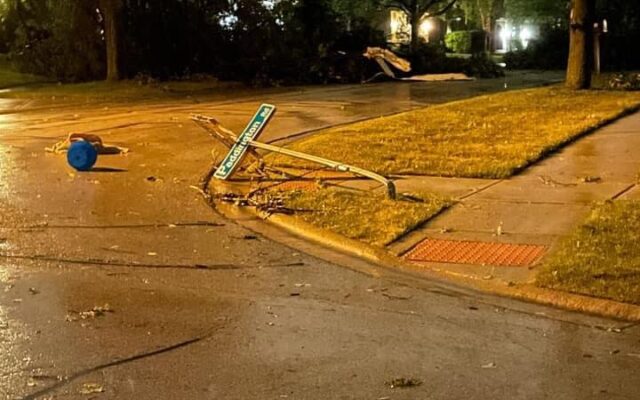 In Plainfield, WJOL listener John Mares snapped this photo showing damage with an uprooted tree and sidewalk. A heavy emergency presence in the area. Tree cutters are on the scene at Route 59 and Airport Road.