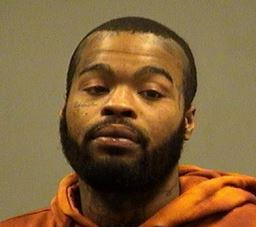 A traffic stop in Joliet led to the discovery of a man wanted out of Cook County as well as a handgun and drugs. It was on Monday at 8:51pm that Joliet Police conducted a traffic stop in the area of North Bluff Street and Western Avenue. Upon investigating the vehicle Police discovered that one of the passengers, 28-year-old George Walker, was wanted out of Cook County on an active arrest warrant. While Walker was exiting the vehicle officers noticed a handgun in plain view near the driver’s seat. Walker was arrested without incident. Officers also saw an open container of alcohol in the vehicle. The driver, 40-year-old Jason Jackson, and second passenger, Terrance Mann were both placed into custody without incident. Officers recovered Ecstasy pills after a search of Mann.

George Walker was charged with Unlawful Use of a Weapon and an active Cook County arrest warrant.

Terrance Mann was charged with Possession of a Controlled Substance.

Jason Jackson was charged with Aggravated Unlawful Use of a Weapon by a Felon.