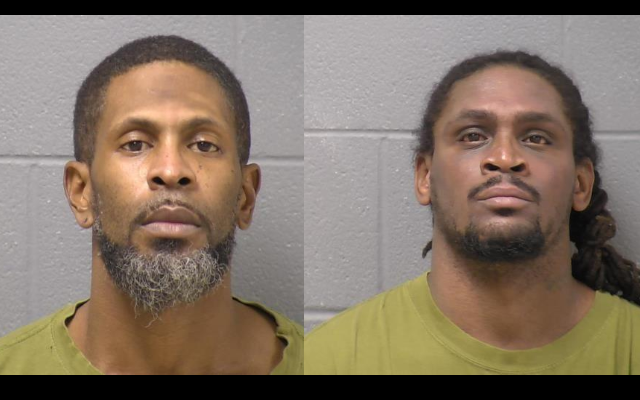 From left Jason Jackson of Joliet and Terrance Mann of Bolingbrook

A traffic stop in Joliet ends with the arrest of three men including one from Joliet and another from Bolingbrook. George Walker a 28 year old from Woodridge was arrested, booked, and transported to the Will County Jail for Unlawful Use of a Weapon and an active Cook County arrest warrant.

On January 4, 2020 at approximately 8:51 p.m., Officers conducted a traffic stop on a vehicle in the area of North Bluff Street and Western Avenue after observing a traffic violation. Officers identified the driver as Jackson with Walker and Mann as passengers in the vehicle. It was determined that Walker held an active arrest warrant out of Cook County. While George was exiting the vehicle to be placed into custody for the warrant, Officers observed a handgun in plain view near the driver’s seat. Walker was placed into custody without incident. Officers also observed an open container of alcohol in the vehicle. Mann and Jackson exited the vehicle and were detained. Officers recovered the handgun that was in plain view.

All three arrestees were then transported to the Will County Jail.