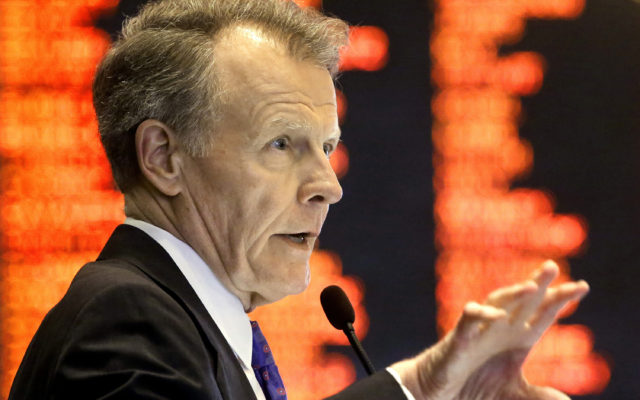 A trial date is set for next year for former Illinois House Speaker Michael Madigan.  Madigan and longtime confidant, Michael McClain, are scheduled to go on trial on racketeering charges on April 1st, 2024.  Both were indicted last March with conspiring to participate in an array of bribery and extortion schemes from 2011 to 2019.  A superseding indictment announced in October accused them of arranging payments to be made in 2017 to a Madigan ally as a reward for assisting with legislation sought by AT&T.  Both Madigan and McClain have pleaded not guilty.