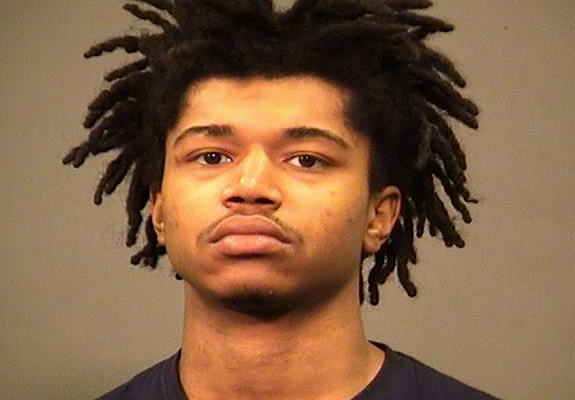 Three men have been arrested in connection to several car burglaries around the Joliet area. It was on Saturday at approximately 7:48am that Joliet Police Officers were called to the 6400 block of Baring Ridge Drive due to a suspicious vehicle. Upon approaching the car in question the officers observed three individuals inside the suspicious vehicle sleeping. All three subjects were wearing gloves and all had masks on their faces. Officers also observed suspected cannabis in plain view inside the vehicle and conducted a pat down of the subjects. At that time a firearm was located on one of the individuals. A search of the vehicle also located proceeds from multiple burglary to motor vehicles. The three individuals arrested were 22-year-old Montee Simpson Jr. of Romeoville, charged with seven counts of possession of stolen property, Ed Lewis, 18-years-old Romeoville, charged with seven counts of possession of stolen property and burglary to motor vehicle and 23-year-old Dequan Wayne-Deon Kohnke who was charged with seven counts of possession of stolen property and aggravated unlawful use of a weapon. Officers were able to determine the recovered proceeds came from burglary to motor vehicles that occurred in Joliet, Kane County, North Aurora, and Oswego.