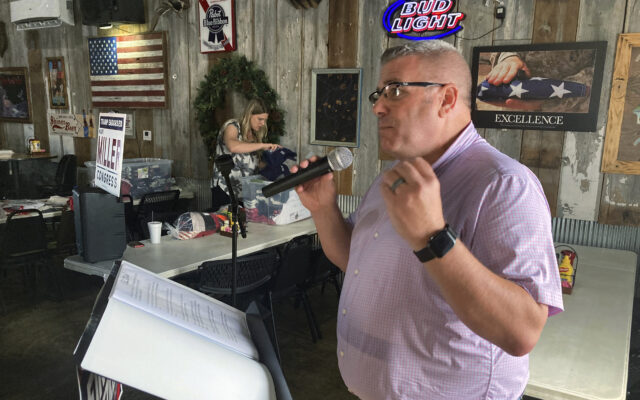 Former President Donald Trump is lending his support to Darren Bailey in his quest to be the next Governor of Illinois. Trump endorsed the downstate farmer in the GOP primary race during a rally Saturday in Adams County. Trump said Bailey is a fearless supporter of the Second Amendment and a tireless champion of religious liberty. Other Republican candidates include Aurora Mayor Richard Irvin, Jesse Sullivan, Gary Rabine, Paul Schimpf and Max Solomon.