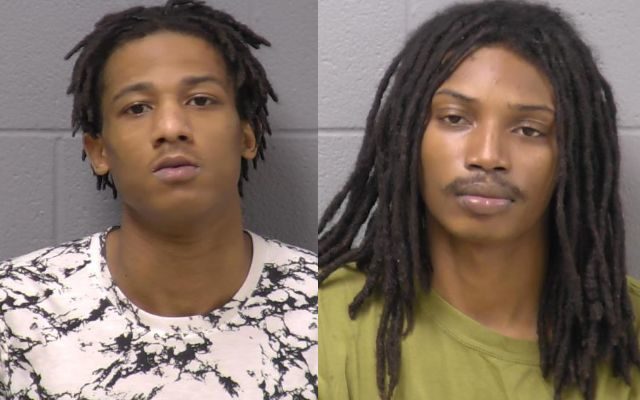 Two local men have been charged with criminal trespassing and home invasion in connection to a double murder last Saturday in Joliet. The shooting of four people last Saturday sparked several days of shootings in our area.

The two men charged in Saturday’s violent crime include 21-year-old Tenzell Terry of Joliet and 20-year-old Jhakiren Pickens of Lockport. Neither have been charged with first degree murder. The Joliet Police Department is investigating the two homicides that occurred in the 1100 block of Parkwood Drive in the early morning of April 25th, 2020.

Meanwhile, it was on Tuesday, that Joliet police responded to shots fired in area of 5th Avenue and Sherman Street. Police spotted a black Cadillac SUV fleeing the area. Pursued the vehicle on I-80 then onto I-55 and ending up crash in Diamond, Illinois. The 20 year old victim was found dead in the 300 block of Grant Avenue. He is identified by the Will County Coroner as Todd Tayler from Rockdale. An autopsy performed today revealed Mr. Taylor sustained multiple gunshot wounds. Joliet police have four people in custody.

Also on Tuesday, 47-year old Floyd Faint Sr. was found dead in an alley in the 700 block of Francis Street in Joliet. He was the victim of a gunshot wound.