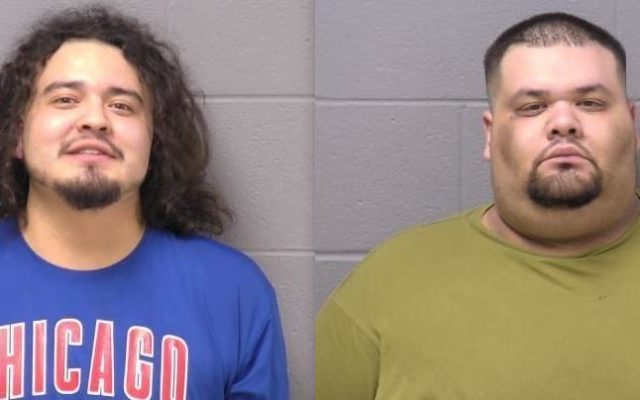 Joliet Police are sharing details after the arrests of a 23-year-old Indiana man and a 27-year-old from Joliet. It was at 11:25 pm on February 2nd that officers were called to Grant and Mississippi Avenues in reference to a call of shots fired. While en-route, officers were given a description of a possible vehicle that was involved. An Officer located a vehicle that fit the description running unoccupied in the 300 block of Mississippi Avenue with several subjects standing by it. As the officers was speaking to the subjects, the officer observed a firearm in the pocket of subject’s jacket. The officer told the subjects to keep their hands on their heads until backup units arrived. While waiting for other officers to arrive, the individual, identified as Jamie C. Lorenzo of Merrillville, Indiana, ignored multiple commands to keep his hands on his head, moving his hands below his shoulders.