Two More Bats Test Positive for Rabies in Will County 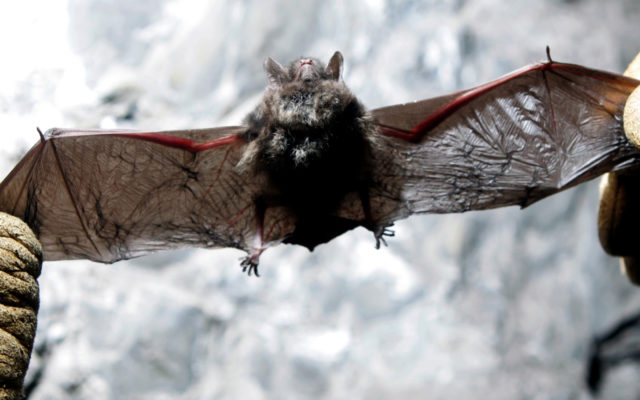 FILE - In this Jan. 27, 2009 file photo, Scott Crocoll holds a dead Indiana bat in an abandoned mine in Rosendale, N.Y. Scientists have taken a key step toward fighting a disease that is killing the nation's bats, finding several drugs that show promise for treatment and antiseptics that may help decontaminate areas where bats live or the people who visit them. (AP Photo/Mike Groll, File)

The Will County Health Department has reported two more bats that have tested positive for rabies, bringing the total number of positive tests for this year to five. One was located in St. Peter’s Church, 12 Sauk Trail, in Frankfort. The pastor was notified of a bat hanging from the ceiling in the sanctuary on Sunday, August 30th. The bat was retrieved by Will County Animal Control and no one was exposed to the bat.

The second additional bat was located in the 0-10 block of Wildwood Drive in New Lenox. The homeowners believe the bat entered the house while they were letting the dogs out in the morning. The homeowners closed the door after the bat flew into the master bathroom and contacted Will County Animal Control. Two dogs were in the home at the time, with the homeowners stating that they were current on rabies vaccinations. An eight month old baby was asleep in her room with the door closed.