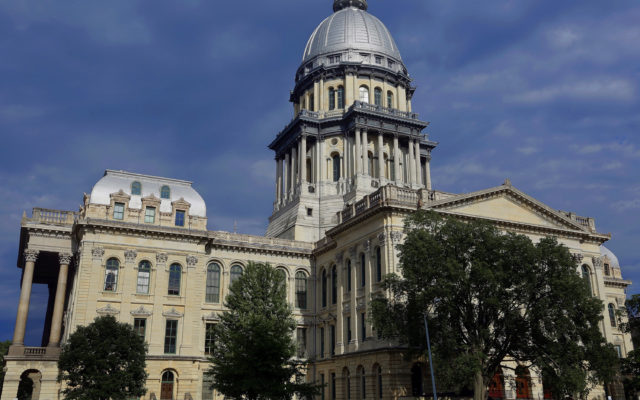 Just two people turned-out to protest at the Illinois Capitol on what was billed as a possible day of national violence. Dozens of Springfield police officers, National Guard Troops, and State Capitol cops surrounded the statehouse yesterday. There were armored vehicles and barricades. In the end, just two people showed-up. The FBI last week warned officials in Illinois and other states about possible large protests.