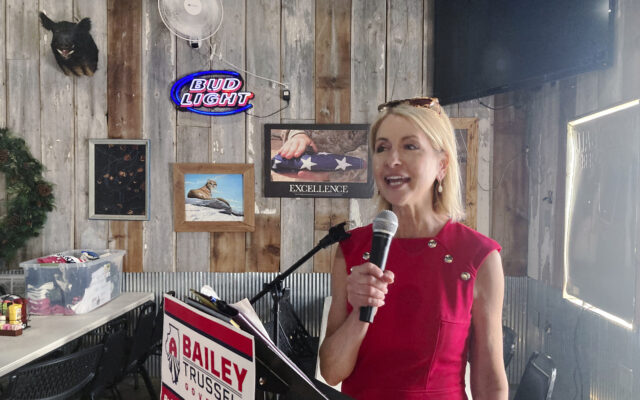 Freshman U.S. Representative Mary Miller is facing backlash over a comment she made about the Supreme Court’s reversal of Roe v. Wade. With Former President Donald Trump standing next to her during a rally Saturday in Adams County, the Republican who was raised in Naperville called the high court’s decision a “historic victory for white life.” Her campaign later said she misspoke and meant to say “right to life.” Miller is challenging five-term Republican U.S. Representative Rodney Davis in tomorrow’s primary.