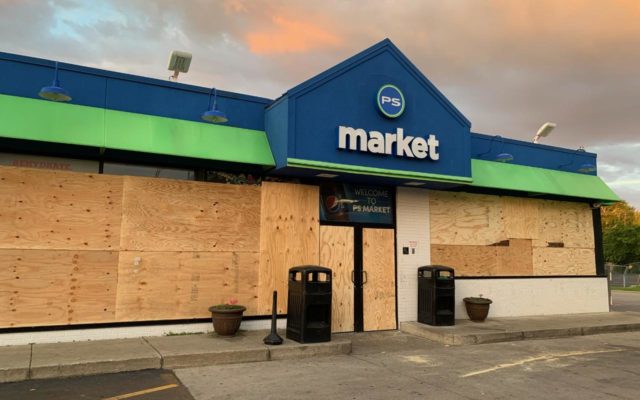 Stores boarded up following a night of looting in Joliet May 31st, photo Scott Slocum

What started out as peaceful protests ended in Joliet with looters taking to stores and smashing out windows at the Walgreens across from the Joliet Catholic Academy. Ross Dress for Less and Hobby Lobby were broken into and looted. Police are out this morning protecting stores and institutions including the Rialto Square Theatre, the Will County Courthouse and stores along Route 30 near the Louis Joliet Mall.