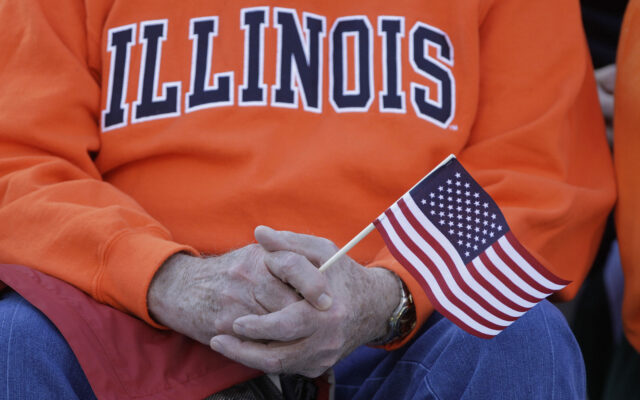 On Friday, November 11th, the Village of Bolingbrook joined VFW Post 5917 and American Legion Post 1288 at the Veteran’s Memorial outside of Town Center to honor the brave men and women who have served in the United States military.

VFW 5917 Commander John Davin and American Legion 1288 Commander Herschel Nelson each addressed the audience about the importance of honoring the commitment, dedication and sacrifices that each United States veteran was willing to make on behalf of our great nation.

The highlight of the event was State of Illinois VFW Senior Vice Commander Brett Nila and his words of gratitude that he shared for our veterans. Brett reminded us of the countless blessings that we as Americans enjoy daily, but often take for granted.

During the ceremony Deputy Mayor Michael Lawler and Village Co-Administrator Ken Teppel were recognized for their continued commitment to our local VWF and American Legion posts.

If you were unable to attend this ceremony, we urge you to enjoy the rebroadcast on Bolingbrook Community Television this week. 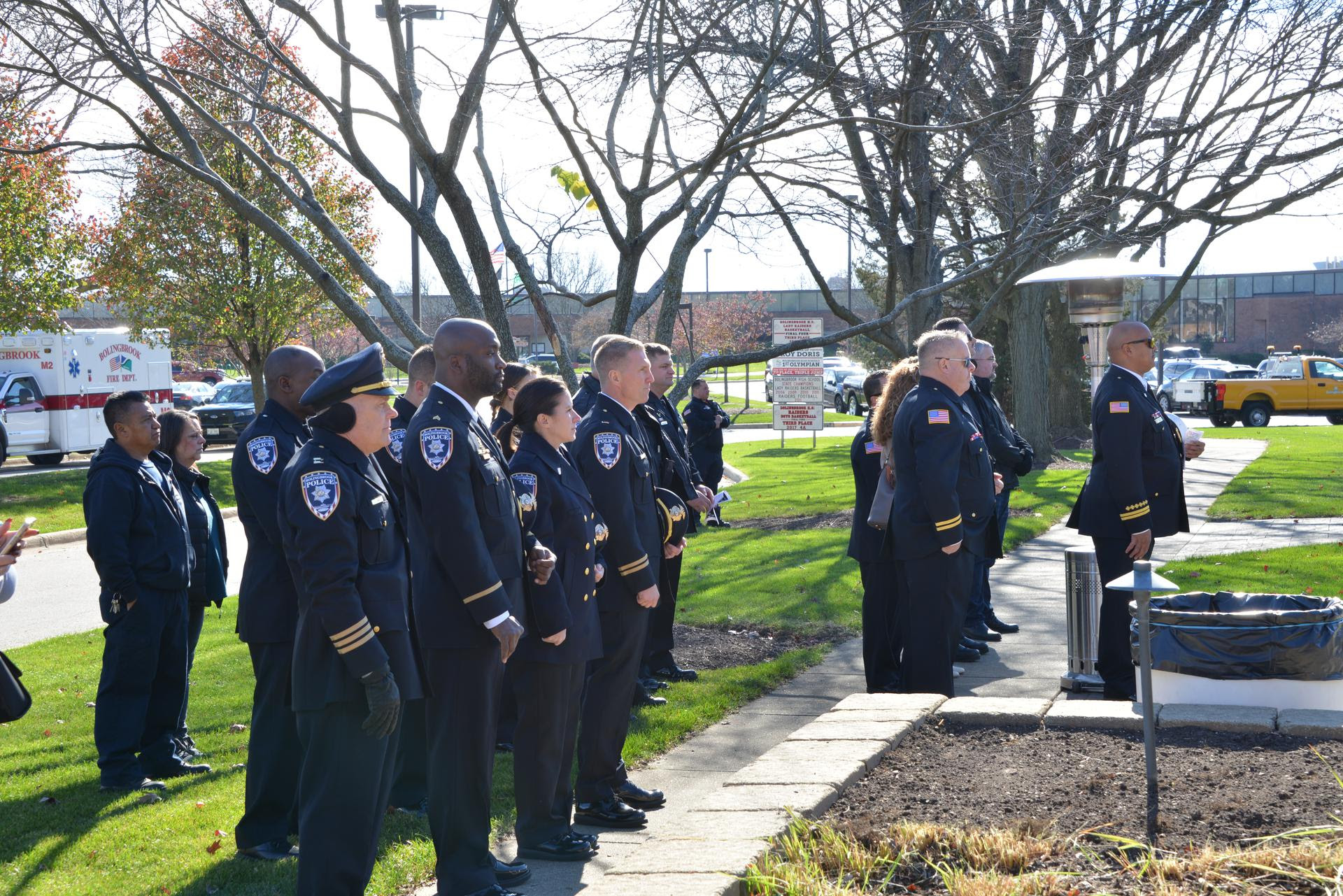 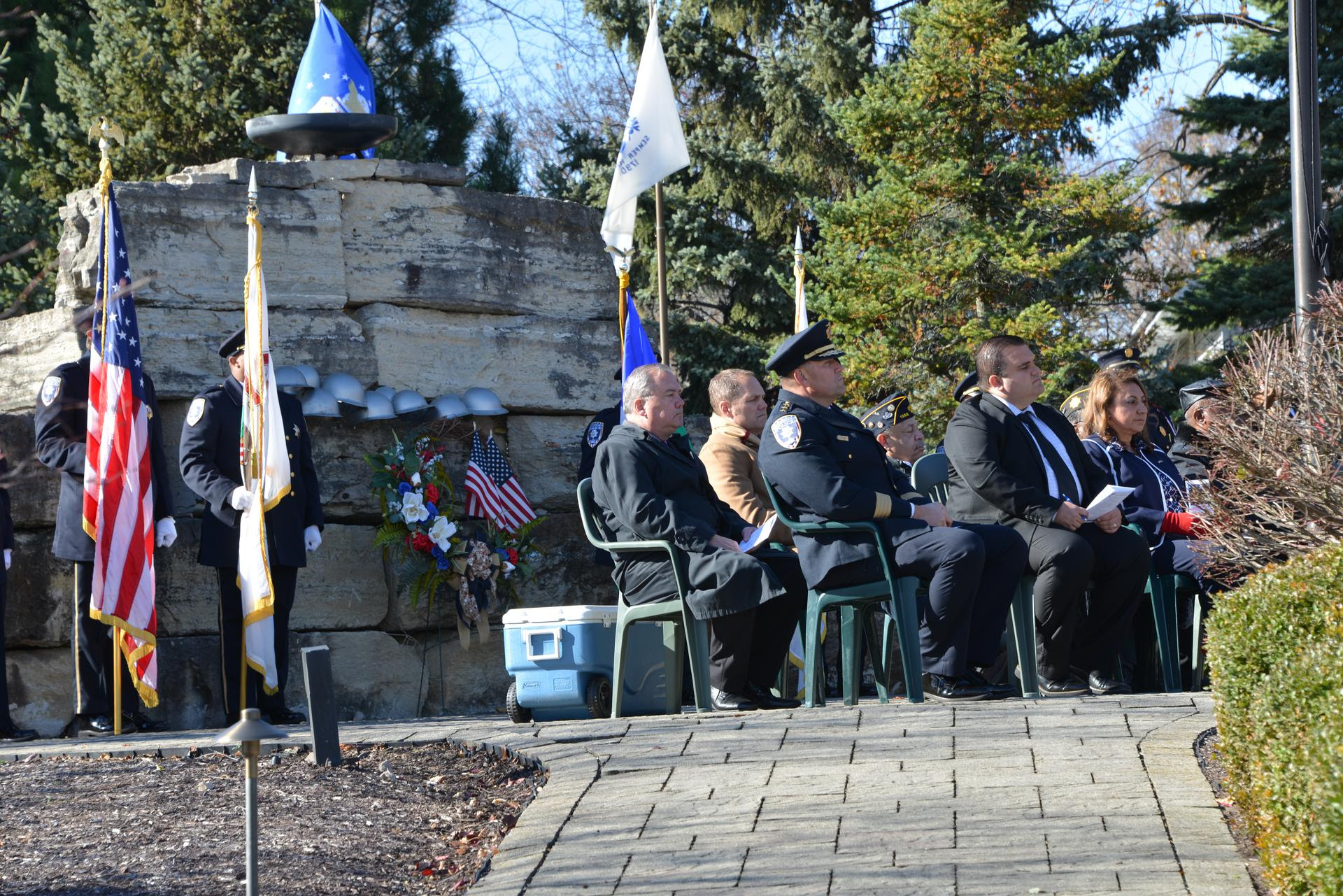 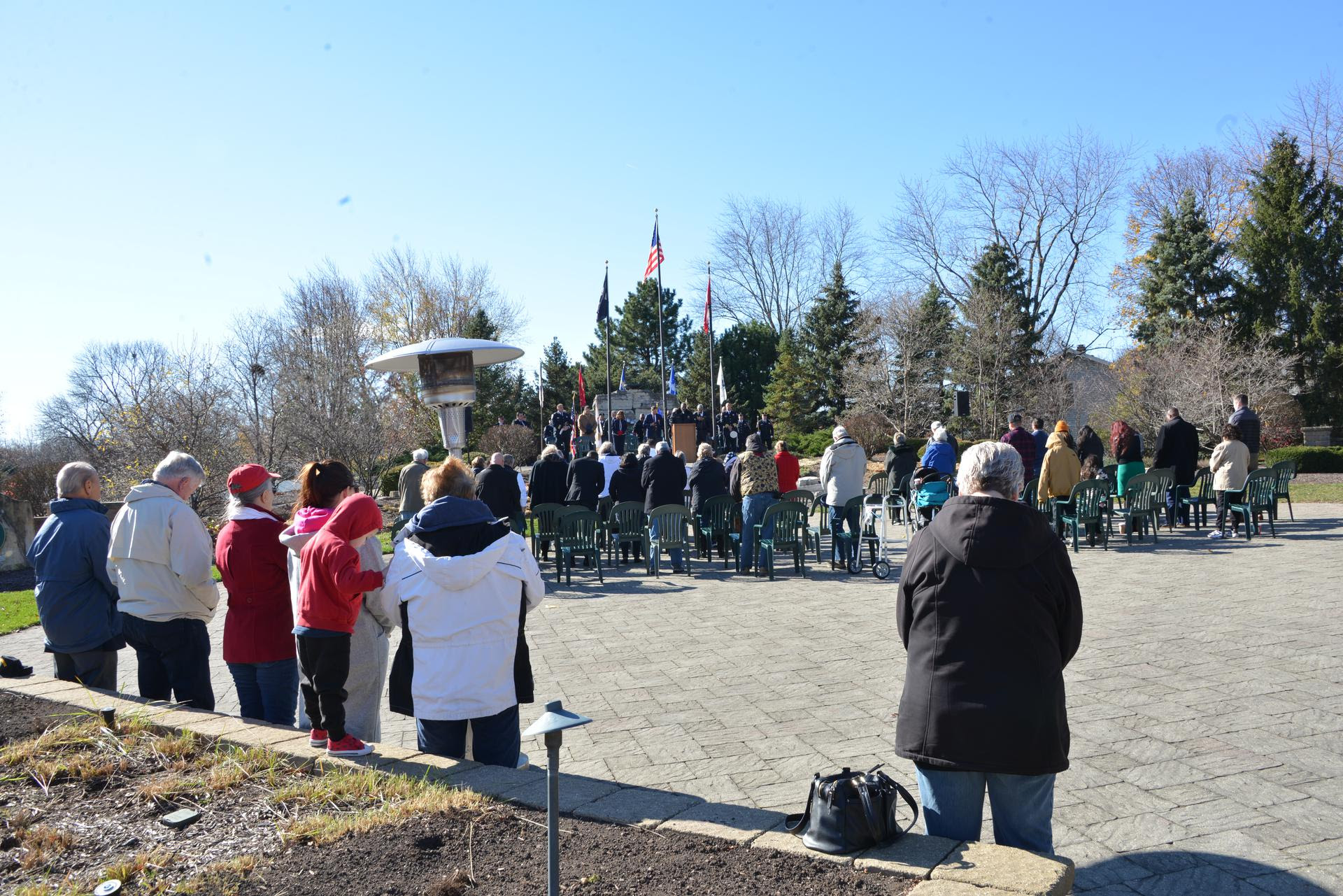 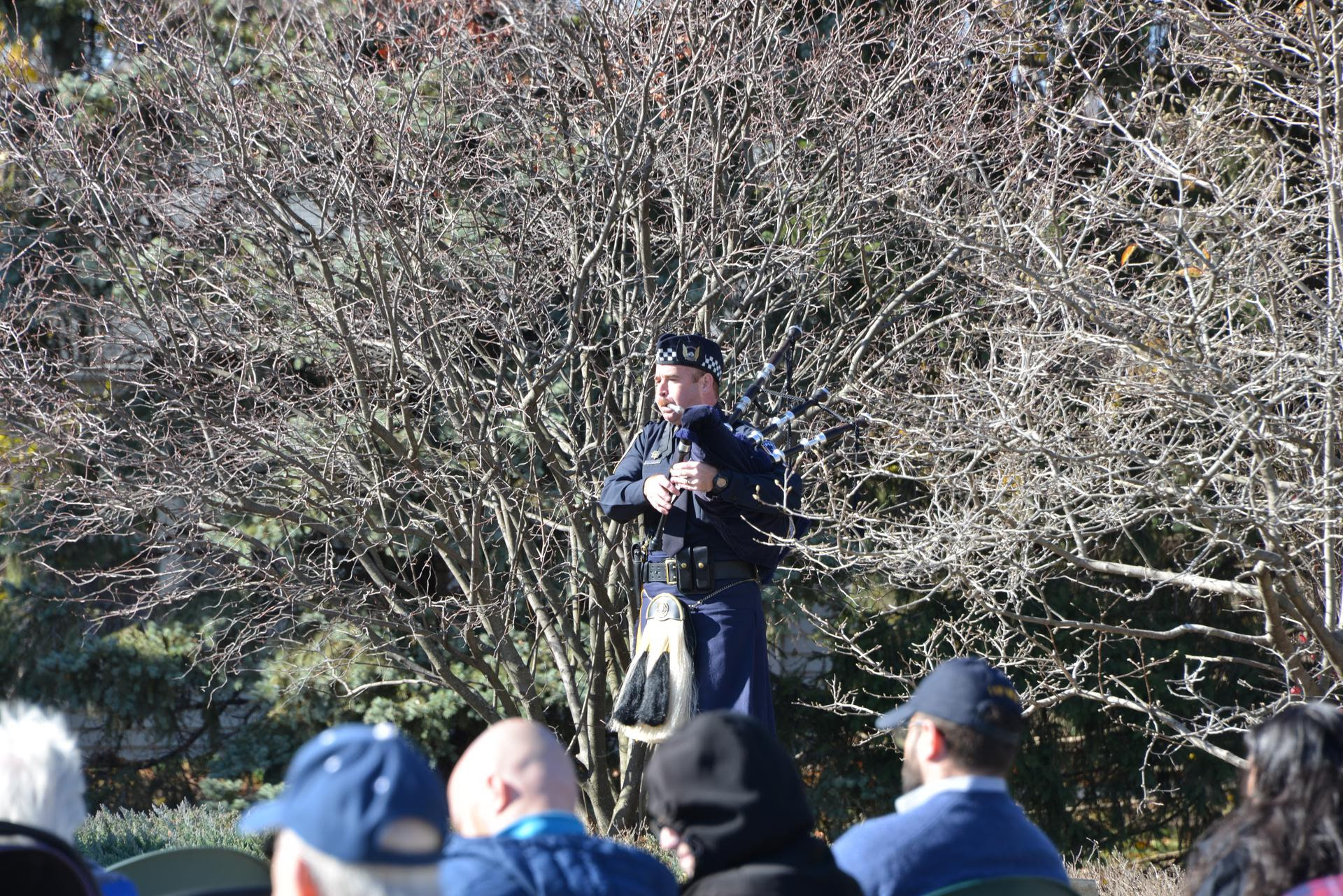 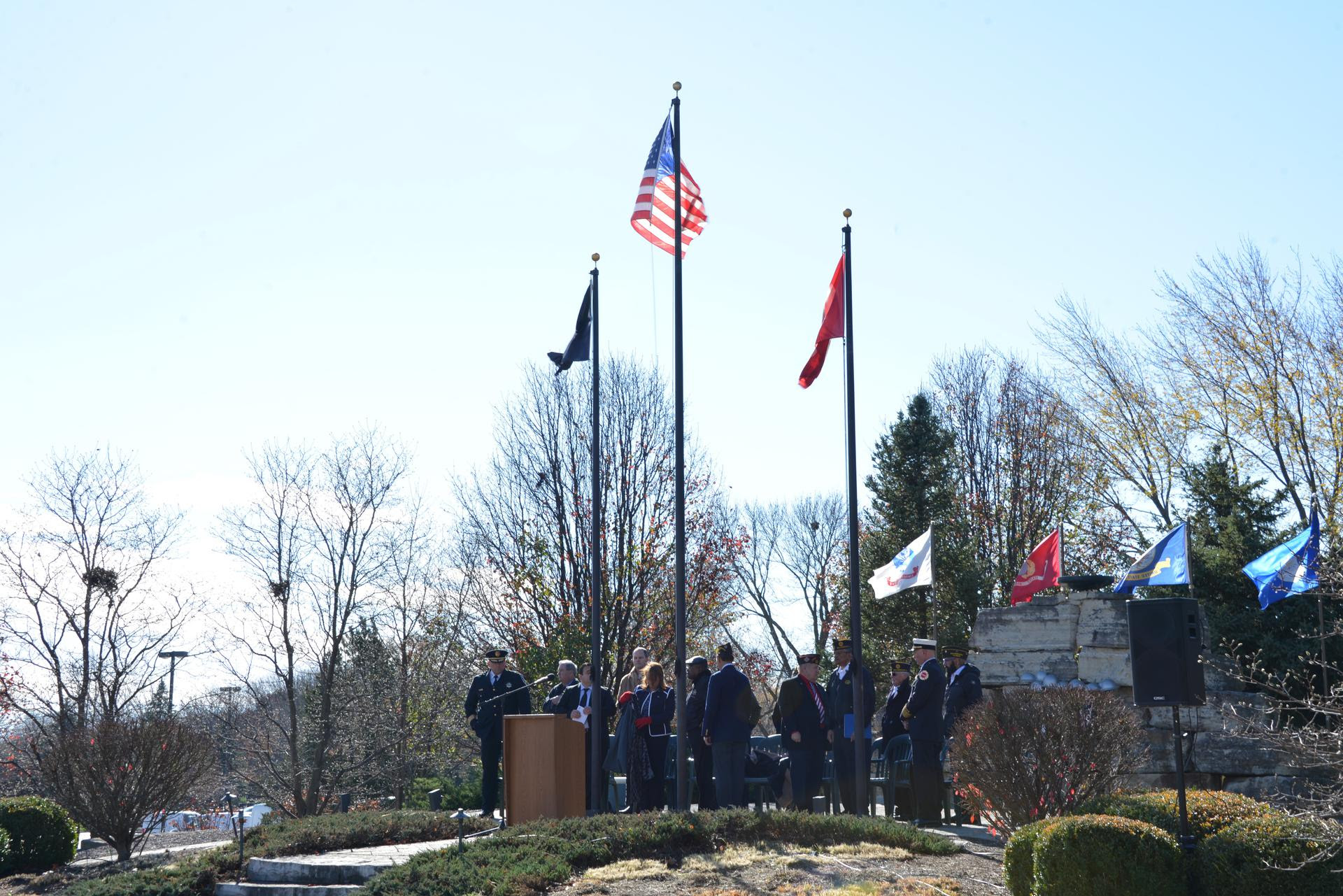 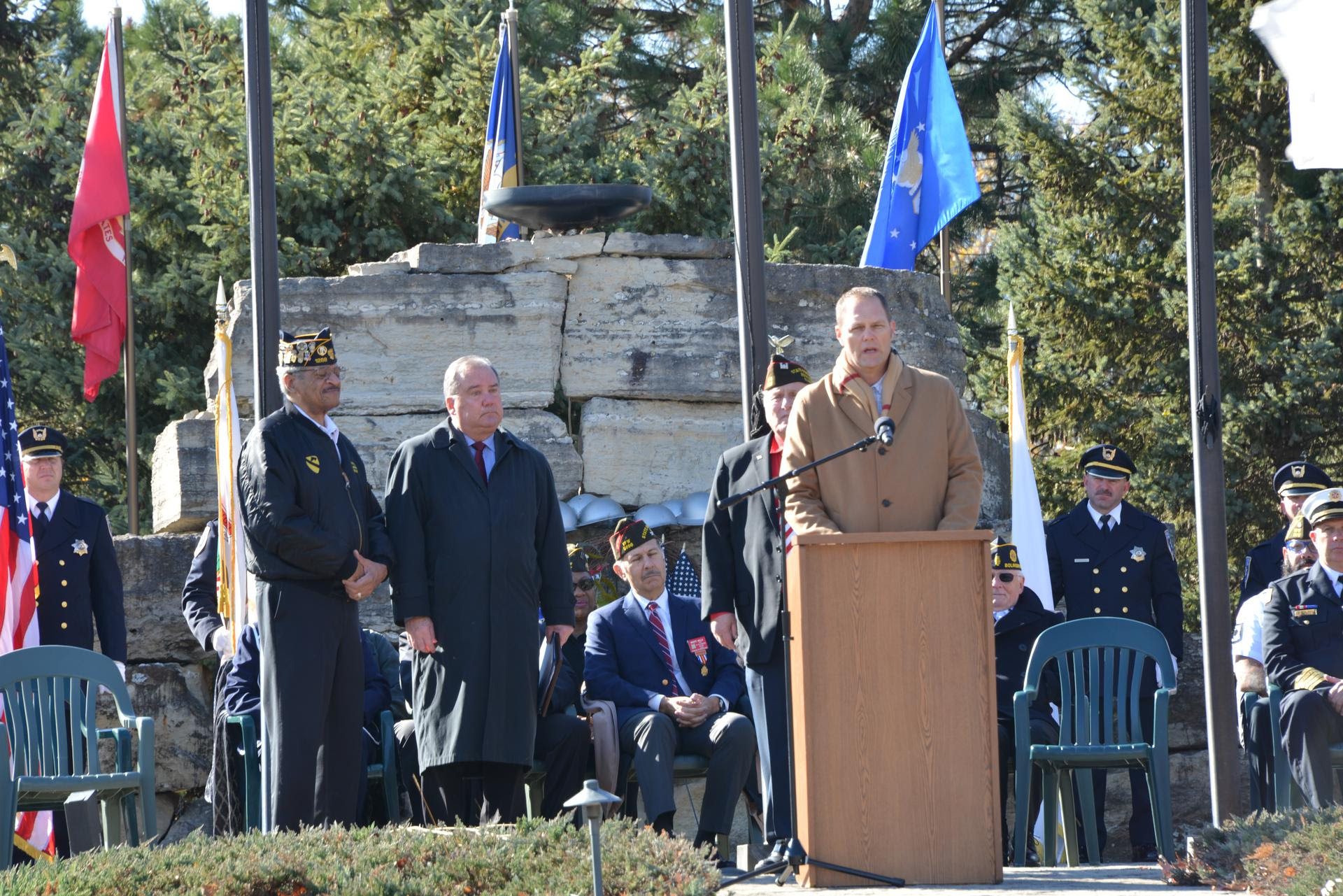 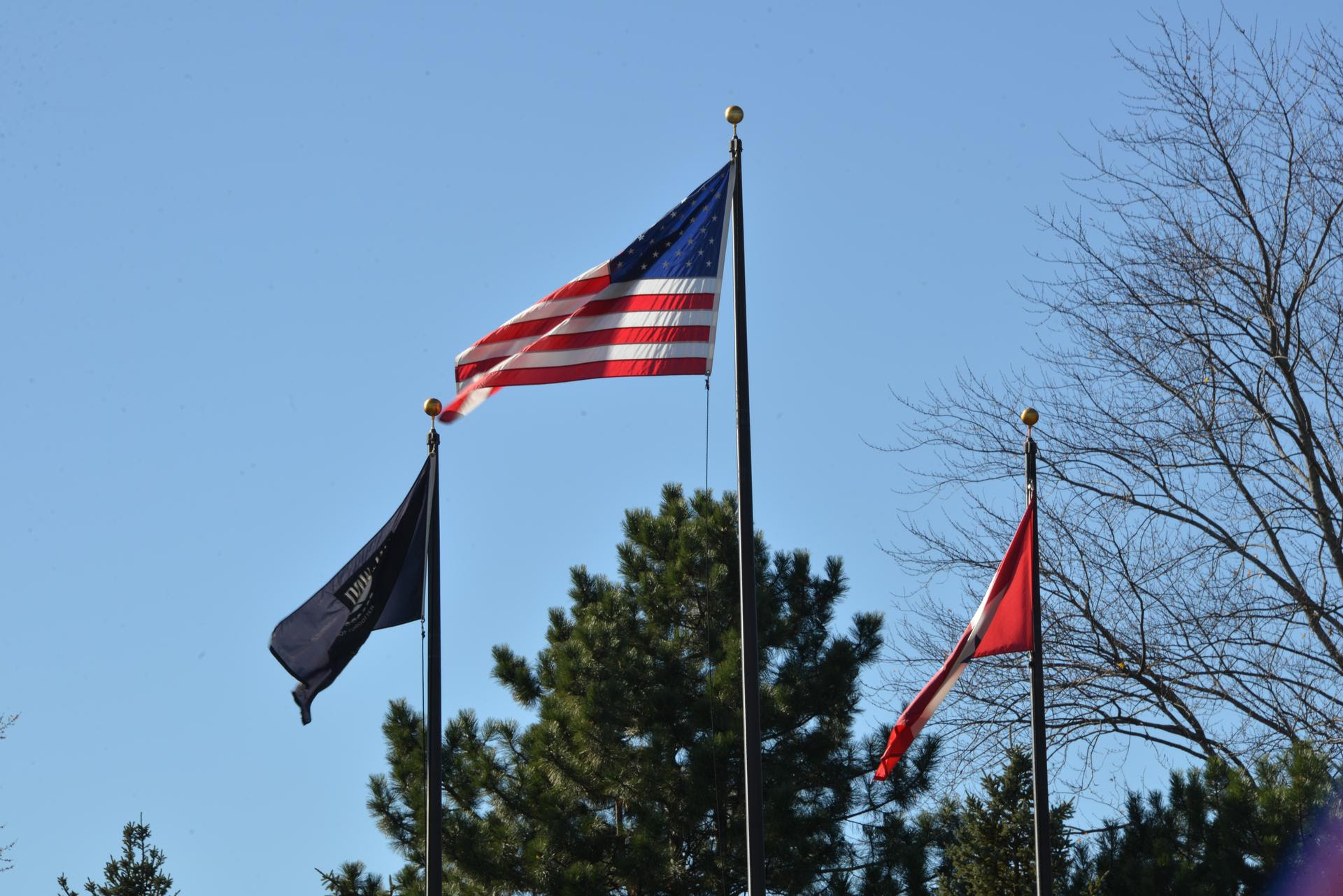 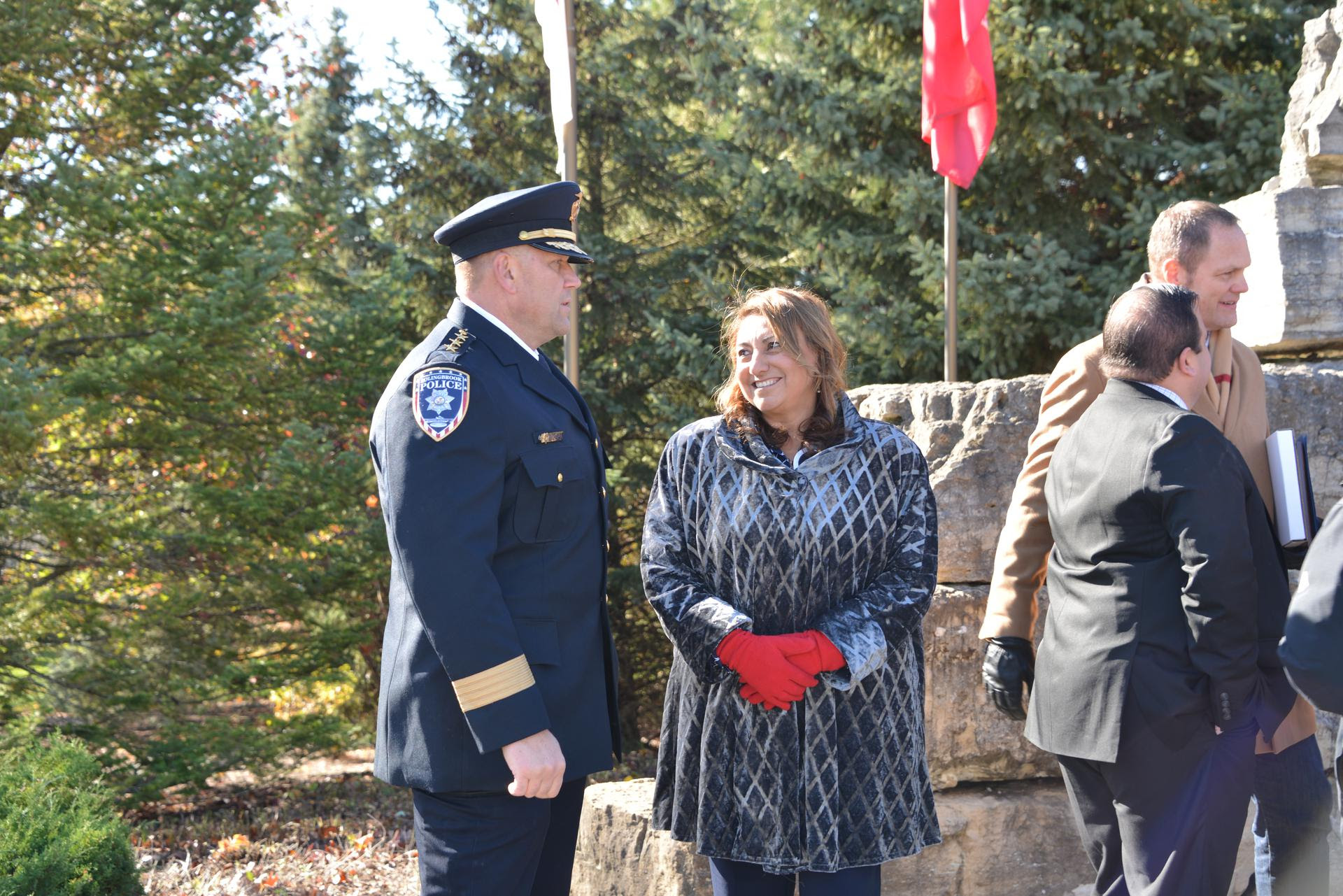 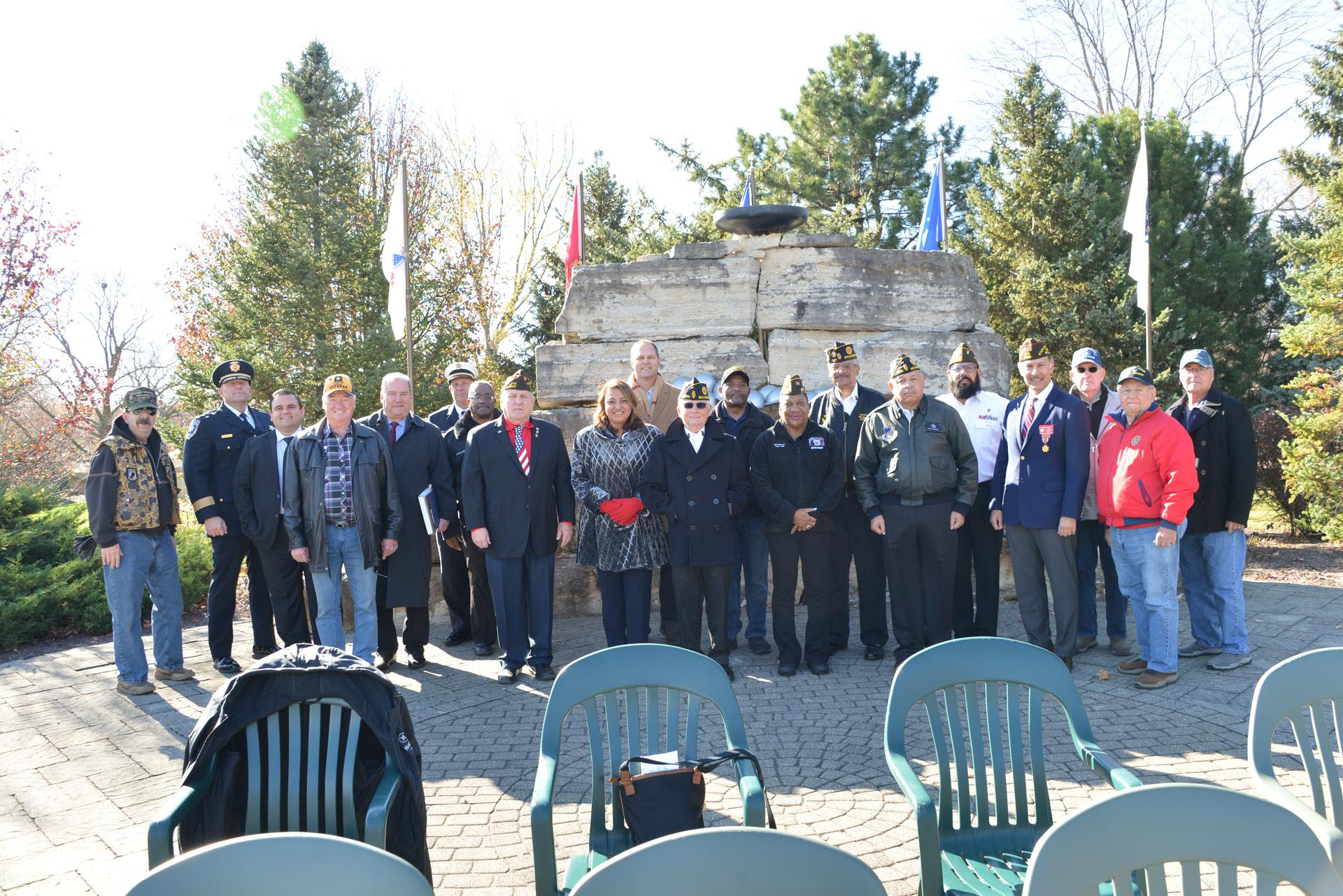