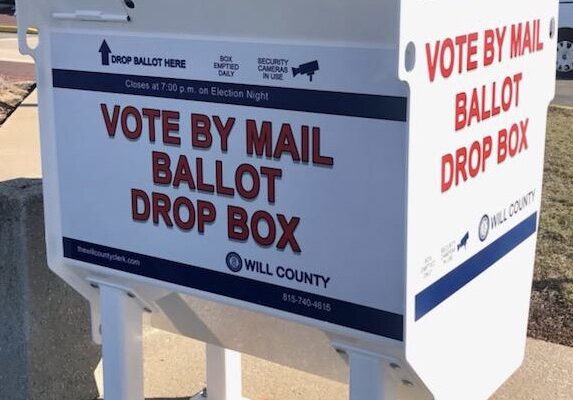 Without a statute specifically authorizing the widespread use of Vote By Mail Drop Boxes, the Will County Clerk’s Office can lawfully open only one during the 2021 Consolidated Election.

Legal counsel has advised the Will County Clerk’s Office that the only Drop Box it can operate is the one located directly outside its main office at 302 N. Chicago St., in downtown Joliet. The Clerk’s Office can open this Drop Box because it is the only one that is under its direct control.

Will County Clerk Lauren Staley Ferry opened eight Vote By Mail Drop Boxes strategically situated throughout the county during the 2020 Presidential Election. The Drop Boxes were opened after the Illinois General Assembly passed a temporary law last year allowing for their use. That law, however, expired on Jan. 1, 2021.

“Our program was a great success in the 2020 Presidential Election with nearly 40,000 Vote By Mail Ballots placed in our eight Drop Boxes,” Staley Ferry said. “We had hoped the General Assembly earlier this year would reauthorize the use of Drop Boxes permanently so my office could reopen all eight for Will County voters.”

The Will County Clerk’s Office had secured approval from all of its Drop Box hosts to use them this year pending the passage of a new law. Unfortunately, that did not occur.

The Election Code spells out in detail how Vote By Mail Ballots are to be received. The County Clerk’s Office follows the Election Code to the letter and relies on the advice of its legal counsel to interpret the law.

The Drop Box outside the Clerk’s Office will close promptly at 7 p.m. on Election Night, which is Tuesday, April 6.