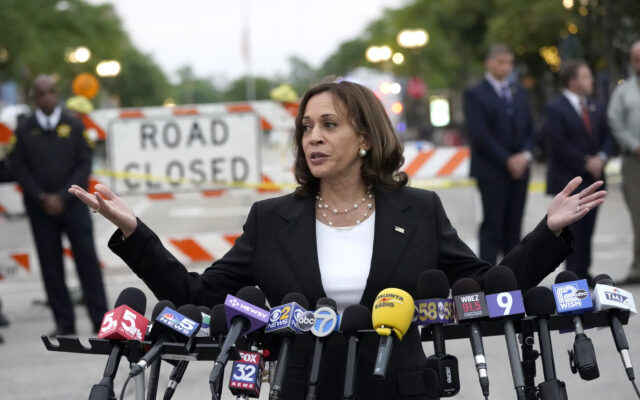 Vice President Kamala Harris is calling for federal action on assault weapons following the deadly Fourth of July shooting in Highland Park.  Speaking last night in the northern suburb, the VP said we have to be smarter as a country about who has access to assault weapons, adding that this incident shouldn’t have happened.  Harris said the person responsible for the deadly attack will be brought to justice.