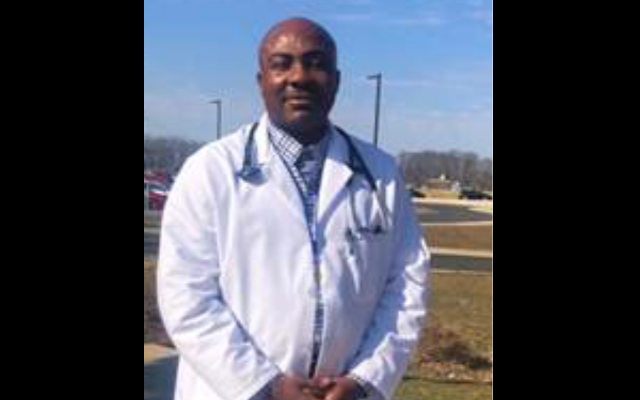 Primary Health Care Provider Mr. Richard Yenkong, MSN APN FNP-BC, has joined the staff of the Eastern Branch Office of the Will County CHC (Community Health Center) in Monee.  Mr. Yenkong has an interesting and varied background, which the CHC believes will contribute to his ability to successfully serve community members of Eastern Will County.

According to a 2017 survey given to Will County residents by the WCHD (Will County Health Department) to assess community strengths and weaknesses, residents residing in Eastern Will County expressed concern that there were not enough primary care providers in the area, particularly those who accept Medicaid.

Mr. Yenkong is from Cameroon, West Africa; and is the first child of 8 siblings. He was a Doctor of Veterinary Medicine before moving to the USA.  Soon afterward, he decided to pursue nursing to provide healthcare services to the under-served, low income, and all residents in need of primary care throughout our community.

Mr. Yenkong received an Associate degree from Waubonsee Community College in Sugar Grove; a Bachelor’s in Nursing degree from Northern Illinois University in Dekalb; and a Master of Nursing Sciences-FNP from Lewis University in Romeoville.  In addition, Mr. Yenkong is a Captain and Nurse Practitioner in the US Army Reserve.  He is married with four children; three daughters and a son.