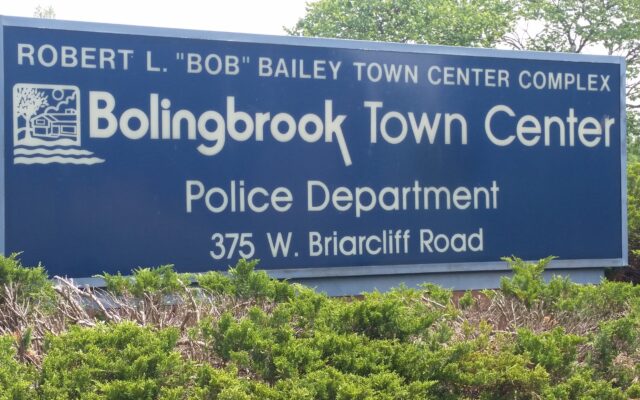 Bolingbrook police crediting an alert and prompt acting resident for the arrest of a juvenile in the process of stealing a car.

It was on January 16th at approximately 9:00pm, Bolingbrook Police Officers were dispatched to the area of Janes Avenue and Falconridge Way for a report of multiple teenaged subjects looking inside vehicles.

Officers were able to quickly locate and apprehend a juvenile who had fled from the initial caller. The 15-year-old juvenile from Willowbrook was found to be in possession of proceeds from a motor vehicle theft out of Cook County. The juvenile was arrested and charged with obstructing a peace officer, theft, and possession of another’s credit card with intent to defraud. He was subsequently released to his parents.

Further investigation revealed that the caller’s observation skills and prompt call to the police prevented another vehicle from being stolen. The Bolingbrook Police Department will continue to proactively combat these crimes and remind residents to remain situationally aware. Police department says, “If we work as a community, we can further prevent and reduce these types of crimes.”

Anyone with information about this incident can contact the Bolingbrook Police Department Investigations Division at 630-226-8620 or to remain anonymous call Crime Stoppers at 630-378-4772. A tip may also be submitted at bolingbrookcrimestoppers.org or by using the mobile P3 Tips app. All contact with Crime Stoppers is anonymous and if the information leads to an arrest, a cash reward may be issued.