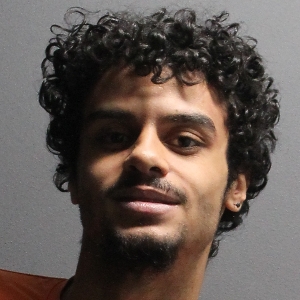 Wilmington police were called to an apartment in the 6-hundred block of Meadowwood Avenue in Wilmington on February 19th. They found several people in an out of the apartment, and one that was bleeding from his head and leg.

That person was taken to Riverside Hospital for treatment of his injuries, including a stab wound to the leg.

The victim told police that while at the apartment to help a friend remove some personal belongings, he was attacked by 19-year old Jeremy Krizmanic, who not only hit him in the head with a
plate, but also stabbed him in the leg with a pair of scissors.

Other witnesses at the scene confirmed the victim’s account. Krizmanic was taken into custody.

While in the police station processing Krizmanic became violent toward the officers, refusing to be handcuffed for transport to the Will County Adult Detention Facility. Then, during the struggle, Krizmanic was attempting to remove items from one of the officer’s duty belt and eventually got ahold of a loaded magazine. Krizmanic has been charged with Aggravated Battery/Great Bodily Harm, and Battery/Causing Great Bodily Harm. Additional charges of Aggravated Battery to a Police Officer, Attempting to Disarm a Police Officer, and Criminal Damage to Government Supported Property are pending.