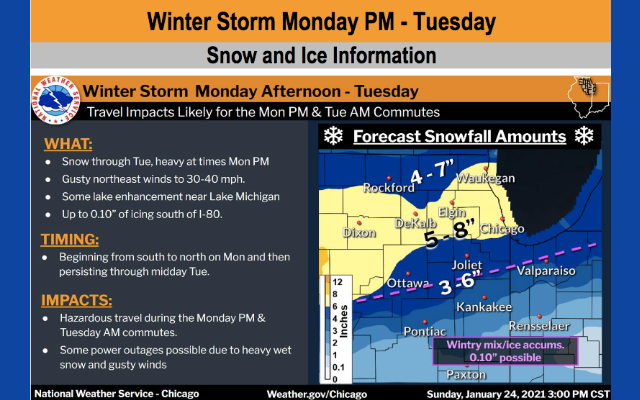 The Chicago area could experience the largest snowfall of the season over the next two days. The National Weather Service says moderate to heavy snow is expected throughout the area, with four to eight inches possible. A winter storm warning goes into effect this afternoon and lasts until tomorrow. Hazardous conditions will likely impact both tonight’s and tomorrow morning’s commutes. Some power outages are possible due to the combined effects of the expected wetter nature of the snow and strong and gusty winds.