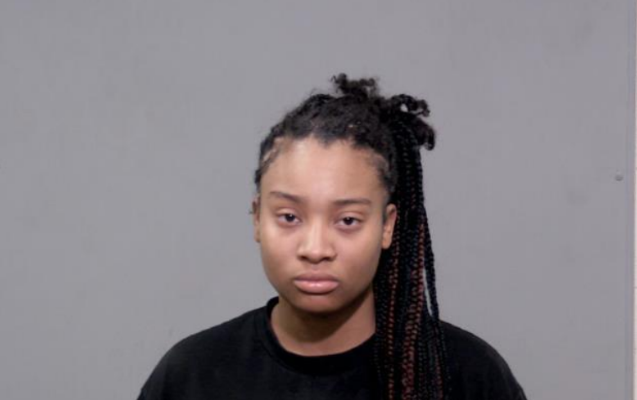 A 21-year-old Joliet woman was arrested late last week after allegedly fighting with police officers who responded to a domestic disturbance. It was last Friday, at 11:40 am, officers were called to the Riverwalk Homes Apartments, on North Broadway Street. Shortly after arriving the officers learned that Tyria Bishop  had come to an apartment and began an argument with the father of her child. When other residents on the floor asked her to quiet down, Bishop allegedly threatened to kill them.

Officers asked Bishop to leave the building, as she did not live there, at which time she became belligerent. Sources tell WJOL that after refusing to leave the scene the police attempted to place Bishop under arrest. She apparently tried to pull away from officers and eventually struck one of the officers on the scene in the chest and shoulder.  She also began to spit on Officers. They eventually were then able to  place Bishop into custody following this brief struggle.

Tyria Bishop was charged with Aggravated Battery to a Peace  Officer, Criminal Trespass to Real Property, and Resisting a Peace Officer.