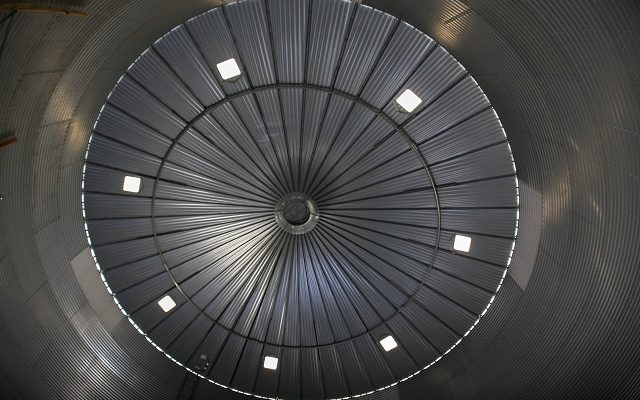 Looking up from the inside of a grain bin at the Husker Harvest Days farm show in Grand Island, Neb., Tuesday, Sept. 10, 2019. (AP Photo/Nati Harnik)

A worker is dead following an accident at a grain company in Kankakee County. Chester Cleveland fell 70-feet into a grain bin at the Whitaker Grain Elevator near Manteno while trying to clean the bin yesterday. A second employee also fell in while trying to help Cleveland. Emergency crews rescued the second employee but were unable to save Cleveland, whose body was pulled from the silo hours later.