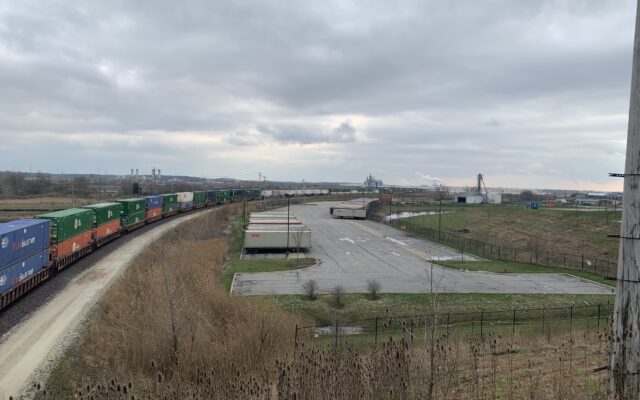 A powerful letter from CenterPoint to the City of Joliet and addressed to Mayor Bob O’Dekirk. The letter is dated November 18th, 2021 and CenterPoint is asking for a traffic study among other points claiming the proposed “Closed Loop Truck Network” (“CLTN”) by NorthPoint will impact one connection point with Millsdale Road and spill directly into the CenterPoint Joliet Terminal via CenterPoint Way.

The letter states, “This proposed traffic pattern will have a significant negative impact on the safety and integrity of all intersections and roads, including CenterPoint’s private roads, within the CenterPoint Joliet Terminal.”

To read the full letter click on the image below. 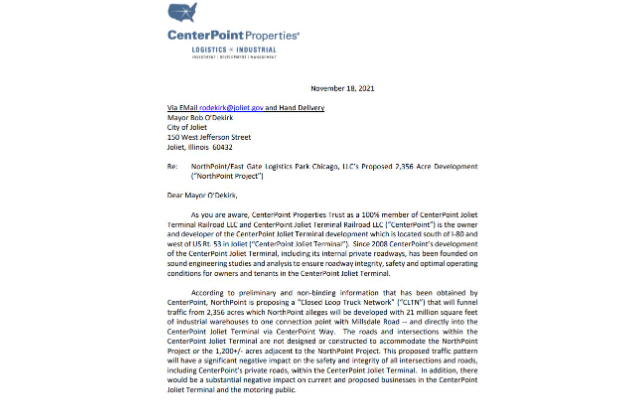