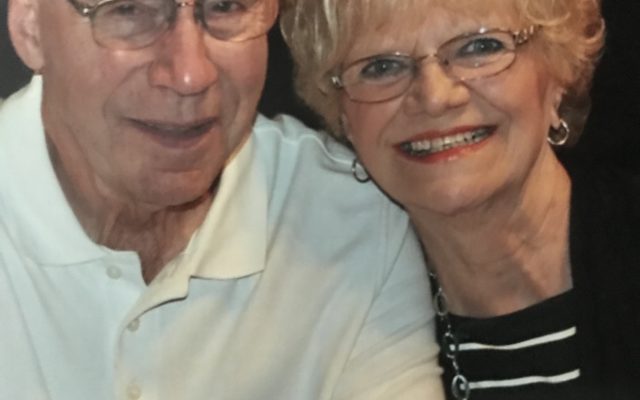 Joliet Community Television volunteers, Dick and Millie Schuster, have been selected recipients of an Award of Excellence in the Team category as part of the 2020 Distinguished Service Awards Program sponsored by the Illinois Chapter of the National School Public Relations Association (INSPRA). The Schusters were nominated for this prestigious award by Kristine Schlismann, JTHS Director of Community & Alumni Relations.

The statewide Distinguished Service Awards program honors those whose efforts have enhanced education and conveyed its importance to the community on behalf of their schools and districts.

Thanks to Joliet Community Television volunteers, Dick and Millie Schuster, thousands of Joliet Township High School (JTHS) stakeholders view school events and performances from the comfort of their homes.

Dick has volunteered at JCTV Channel 6 for over 32 years as president, filming thousands of events with Millie by his side.  As a team, they never refuse to film any event, unless they are already filming another event in the community.

The Schuster’s have expressed that they are especially impressed by the young people in the Orchestra and Band, commenting that “They just can’t believe the dedication and practice of the young people in the Central and West Orchestra and Band.”  True to their love of musical talent, they have filmed both World Premieres of the Orchestra’s commissioned pieces in celebration of their 110th Anniversary and countless concerts.

In addition, this dynamic duo has special place in their hearts for veterans and always make the time to film and produce the Central Campus Veteran’s Day Celebration.  Dick always takes the time to recruit veterans to be recognized with personal phone calls.

Schlismann said, “JTHS is fortunate to have the support of community volunteers such as Dick and Millie.  Without their service, thousands of stakeholders would be unfamiliar with the story of our school district.”