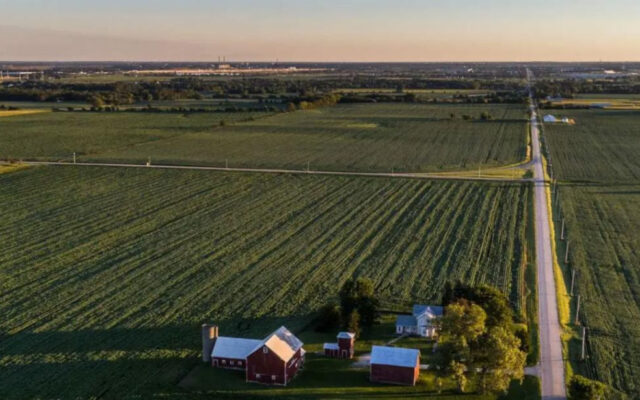 The fight to protect Will County residents and Midewin National Tallgrass Prairie from the intrusion of Northpoint Development’s industrial warehousing project is far from over.

On November 29, a judge denied NorthPoint’s attempt to dismiss a court case filed by plaintiffs Openlands, Sierra Club, and Just Say No to Northpoint in 2020 against the corporation, allowing the case to move forward for trial. Area residents and conservation groups have long aired concerns about the increased truck traffic, pollution, and impacts to the Midewin National Tallgrass Prairie that would be caused by the development.

The lawsuit claims that for several years East Gate-Logistics Park, the company that seeks to build NorthPoint, has been unsuccessfully approaching local municipalities for approval to build Northpoint, a massive transportation and storage facility of up to 3,000 acres. The case specifically targets how the City of Joliet unlawfully attempted to annex these lands and violated Joliet residents’ constitutional right to due process.

Building an industrial park at this location would be catastrophic—adding pollution and noise from thousands of cars and trucks, and ultimately making an already deadly highway area even more dangerous. NorthPoint’s damage would extend to the globally threatened landscapes of Midewin National Tallgrass Prairie, which Openlands and Sierra Club have worked to protect for more than 25 years. Midewin is home to some of the rarest habitats in the world. The constant intrusion of light, noise, pollution, and vibration due to increased traffic and the infrastructure required to make space for the installation will damage this site, making it inhospitable to rapidly dwindling species of birds, bats, and other wildlife.

While the fight has been long, Openlands is committed to stopping this unscrupulous developer that has already received EPA violations in other states from paving over critical ecological land and violating the rights of Will County residents.

Founded in 1963, Openlands protects the natural and open spaces of northeastern Illinois and the surrounding region to ensure cleaner air and water, protect natural habitats and wildlife, and help balance and enrich our lives.