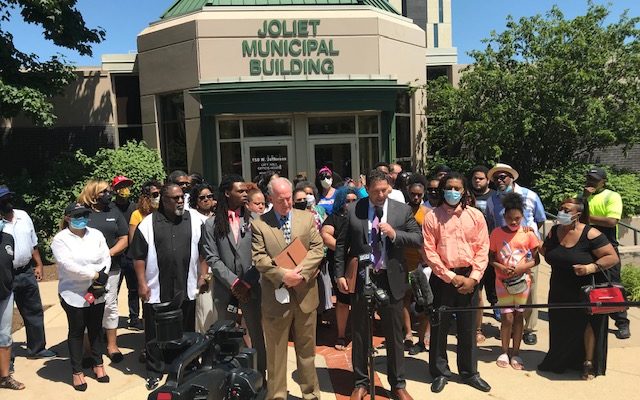 Lawyers for the two men involved in an altercation with Joliet Mayor Bob O’Dekirk on the night of May 31st held a press conference on Monday afternoon. Lawrence X. O’Reilly and Michael E. Baker are the lawyers representing Victor Williams and Jamal Smith. The two attorneys state that Mayor O’Dekirk was the aggressor in the confrontation late last month. They’re requesting that the Illinois State Police open an inquiry into Mayor Bob O’Dekirk’s actions as well as any members of the Joliet Police Department who may have acted inappropriately on the night of May 31st. When recapping the events of that night it was stated that Victor Williams was simply trying to cross the sidewalk to reach his brother Jamal so the two could head home when he was grabbed by O’Dekirk and dragged over to a police car. The Mayor has stated that he was acting in self-defense when the incident took place. The lawyers also requested that Mayor O’Dekirk step aside without pay as this matter makes it way through the legal process. Mayor O’Dekirk will hold a press conference on Tuesday afternoon at 1:00pm out in front of City Hall in response to these allegations as well as call for his resignation.

Press Conference hosted by the lawyers representing the two men involved in a confrontation with Joliet Mayor Bob O’Dekirk on May 31st. 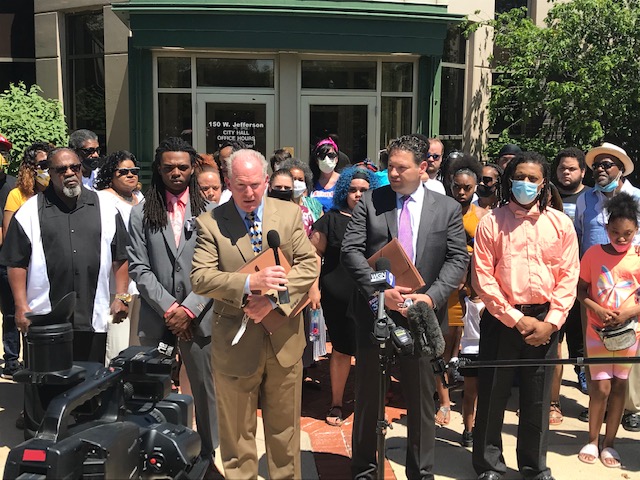 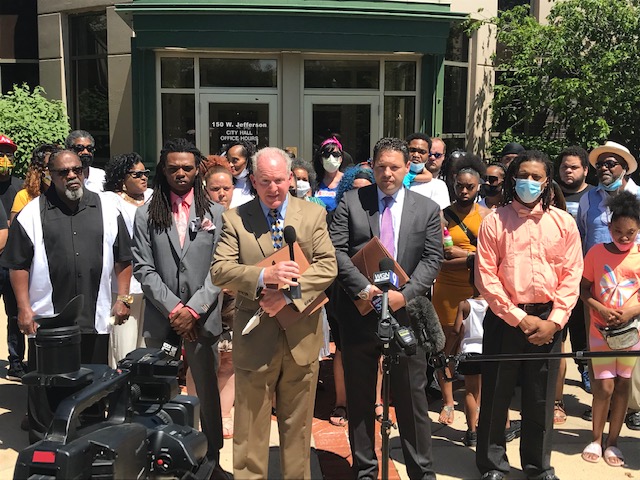