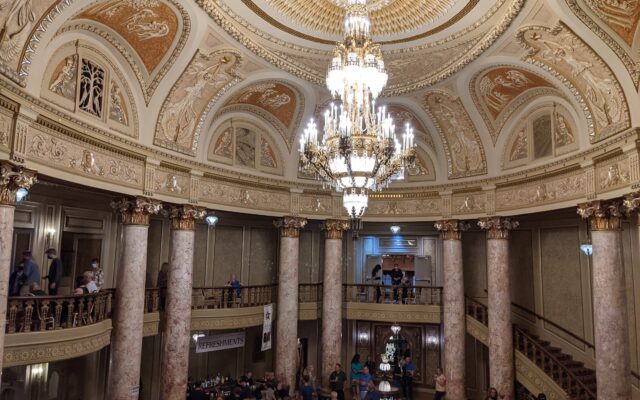 Joliet’s Inspector General has conducted an investigation following an anonymous complaint into an ethics violation by a city councilman. The Patch recieved the Inspector General’s report where it concluded that Joliet Councilman Pat Mudron violated Joliet’s ethics rules and was in a conflict of interest for providing insurance to the Rialto. Patch reporter John Ferek who first broke the story joined WJOL on Friday and says the insurance quote from Larry Jungles of Brown & Brown would be 600% higher than their current insurance rate essentially shuttering the Rialto if they couldn’t secure a better rate. The high insurance rate reflected the age of the theatre and the fact that it doesn’t have sprinkler systems in case of a fire.

The Rialto’s liaison with the City of Joliet is Councilman Pat Mudron also runs an insurance company with his son. His son was able to offer insurance for $248,000 which is over $200,000 less than the earlier bid.

The Rialto’s board president Bob Fioloto signed off on the insurance which was expiring the next day. The Inspector General for Joliet, the Westmont Law firm of Sean Connolly received a tip that it was a conflict of interest for Councilman Mudron to get the insurance contract for his company Mudron Kane Insurance. Furthermore the IG reports that Bob Filotto violated the Open Meeting Act and/or other Illinois state laws by signing a contract with Mudron Kane on behalf of the Rialto without board approval. The report will go to the Illinois State’s Attorney for review and/or investigation.

To listen to the entire interview with John Ferek click in the podcast section of our website.