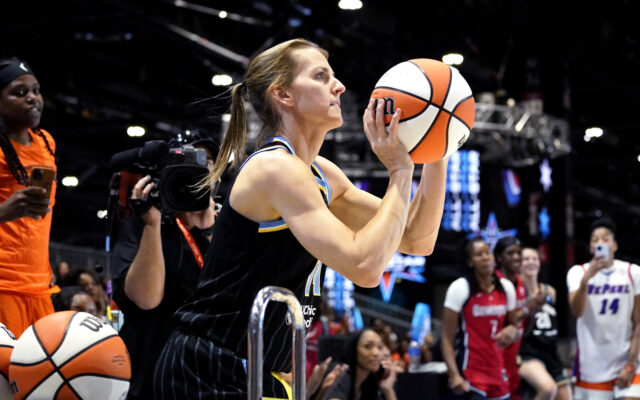 It was a busy couple of day for the five players representing the Chicago Sky at the WNBA All-Star weekend at Wintrust Arena.  Allie Quigley won the three-point contest for the fourth time on Saturday before watching teammates Emma Meesseman, Kahleah Copper, Courtney Vandersloot, and Candace Parker in the All-Star Game yesterday.  Team Wilson beat Team Stewart 134-112.  The Chicago Sky will return to action against Atlanta tomorrow.