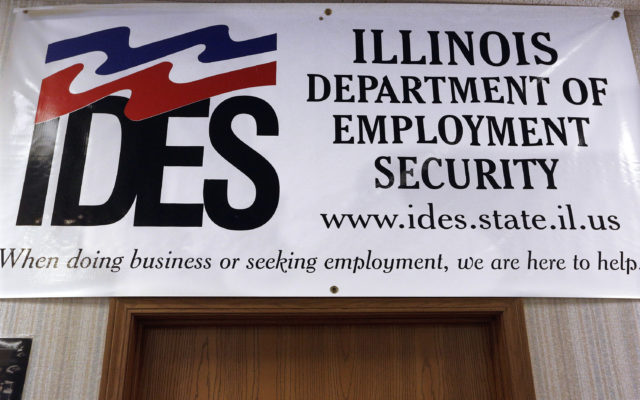 As state lawmakers contemplate how to pay back Illinois’ $4.5 billion in unemployment debt, there’s still no word on how much fraud there’s been.

“Roughly 18.7% of payments during the pandemic, outside of the [Pandemic Unemployment Assistance] program, so just looking at regular [unemployment insurance] and related benefits were made improperly,” Richards said.

Richards became the acting IDES director during the pandemic. She was at the helm during the peak unemployment claims, the backlog of claimant applications, historic levels of fraud and more than a year of local IDES offices being closed to the public.

Illinois has stopped around 2 million fraudulent claims, Richards said, but she still couldn’t put a dollar figure to it. She did give estimates from other states to highlight the issue isn’t isolated to just Illinois.

“The longer it goes without getting a number when all these other states are presenting their best guesses sure is odd,” Plummer said. “So is there an idea of when we might have a number?”

Richards wouldn’t speculate on when a number would be revealed, saying they’re working on it. Her appointment as the IDES director was approved by the committee Tuesday, and later approved in the full Senate.

Without knowing the level of fraud, state lawmakers are evaluating how to pay back around $4.5 billion in unemployment debt that carries millions of dollars of interest costs that taxpayers are on the hook for.

House Republicans sent the governor a letter Tuesday saying not paying back the debt has cost Illinois taxpayers $40 millions in interest they can’t recover. They urged that the debt be paid off with what they said is some of nearly $7 billion of the $11.5 billion the state got from federal taxpayers through the duration of the pandemic.

If nothing is done, interest will continue to rack up and there could be increased taxes on employers and decreased benefits for the unemployed.

“Let’s not raise taxes on Illinois businesses as they fight to emerge from the pandemic,” said the letter signed by House Minority Leader Jim Durkin, R-Western Springs, and Deputy Minority Leader Tom Demmer, R-Dixon. “Let’s not cut benefits for Illinois workers who may soon need the protection that unemployment insurance offers. Instead, let’s use the federal funds we have available to solve this problem once and for all.”

The letter also was critical the Pritzker administration still has not revealed how much fraud there’s been.

“On top of the legitimate unemployment claims, Illinois also experienced a historic level of fraud – the total dollar amount of which your administration still refuses to estimate or release,” the Republicans said.